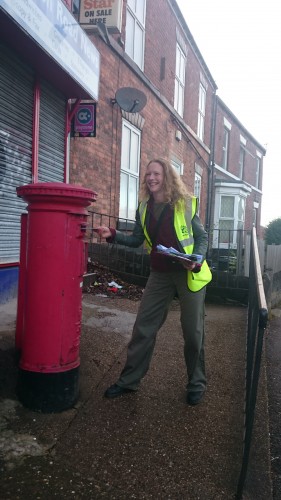 One week to go to polling day.  It’s a whirlwind, but I’m really enjoying meeting and talking to so many people.  Yesterday I knocked on someone’s door who told me they’d already voted for me – so with my vote I know there are at least two in the bag!  People – of all ages – have also told me that they’re going to vote for the first time, or in a long time – for me – I’m so excited about the prospect of joining the Green Team in the Town Hall.

This morning I had my first TV experience.  It was a bit nerve-wracking tbh, it’s going to be on the Sunday Politics show regional round-up (programme starts at 11am on Sunday morning, it’s on BBC1).  I wanted to get across that Greens work really hard locally and that we can be taken seriously…let me know whether you think I managed the job!

Today I’m blogging on the theme of jobs and incomes.  Money is a funny one isn’t it?  In many ways I think I’ve been the happiest in my life when I’ve earned the least money, but it’s no fun to be struggling to pay the bills and wondering where the next bit of cash is coming from.  I know.

Last week I was on a panel about Welfare and Cuts that the excellent Sheffield Equality Group put on.  Simon Duffy was there from the Centre for Welfare Reform.   His report on Welfare Reform is well worth a read.  On tax, his view is that it’s people on higher middle incomes who are getting off the lightest.  I’m not sure how much his report takes into consideration tax evasion…that’s companies and the very well-off who hide their money offshore in tax havens, or put their profits through tax havens to avoid paying UK taxes.  The bottom-line is that as a country we desperately need to close tax-loopholes to improve public finances – that would make so many of the cuts unnecessary.  We need to do more to make sure that we all pay fair taxes.

I also had a twitter conversation with someone about zero-hours contracts in the past week – she was saying that zero hours contracts make getting the benefits she’s entitled to really difficult – she can’t prove that she’s working the minimum required for Working Tax Credit and it’s unclear where she stands in order to get JSA.  Citizens’ Advice (what would we do without them?!) were helping her out, but it’s a mess.  Zero-hours contracts are about profit not people – the wrong way round to my way of thinking.  The Council as a whole doesn’t have zero hours contracts, or allow sub-contractors to use them…the Greens will keep on pushing to wipe them out.

The Living Wage is £7.65 outside London.  This is higher than the minimum wage, but what the Joseph Rowntree Foundation have researched as the minimum income people need to be able to maintain a decent standard of living.  Bernard Little from the Greens first introduced the idea of bringing in the Living Wage at the Council some years ago and which has since been introduced across the council. 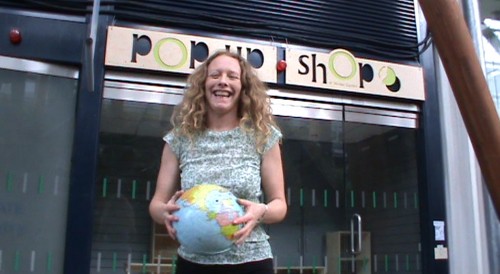 Flick Hoy from Common People got in touch earlier in the week to ask me to write something about how the Greens support Independent Shops in the city centre.  She’s responsible for the pop-up shop in the Peace Gardens and is working tirelessly to try and ensure that there is ample, affordable space for independent shops in the city centre.  I support her fully.  Money spent in local businesses, employing local people, who spend their money locally drives our economy.  It also supports innovative new ideas and retail that is particularly suited to our local needs.

Whether it’s the city centre or anywhere, multi-national chains suck money out of our local economy, but not just that, they stop us from having individuality, they smother local entrepreneurship.   I’m not saying I’m anti-business, I’m absolutely not – I have a degree in business and have my own business, but I know that big corporates are interested in making a profit for their shareholders – they don’t care about local communities. 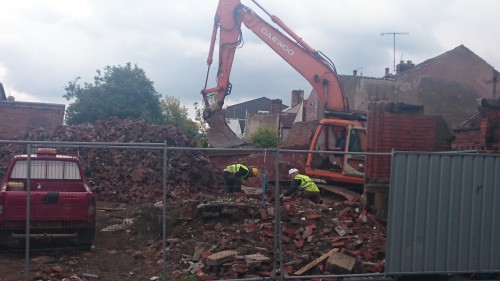 Many of you know that I was one of the people who led the campaign against a supermarket on Sharrow Lane.  One of my primary objections was that a high-street chain on one of our main roads will completely change the vibrancy of our area and put local, independent shops out of business.  This week the site is being cleared, I can hear the diggers from my bedroom window.  The guy I spoke to on site said that as far as he knows it’s being cleared because the council have ordered it (to prevent it being an environmental hazard – with rats etc) rather than because they’re starting to build.  I have no other news other than that at the moment.  There are a number of us who will be watching very carefully to make sure that all the conditions are met (at the very least).

One of the upsides of a recession is always that more people set up on their own.  There are loads of brilliant projects and co-ops happening in our area; Hagglers, Strip the Willow, CADs, Mesterworks, Regather, Portland Works are just some I can think of off the top of my head.  They’re all fantastic organisations doing great work and supporting local business, crafts and creativity.  I’m doing all I can to support them.

A Green Party Council here in Sheffield would invest in good quality jobs and services, including opportunities for young people.  A lot of those jobs would be in renewables (e.g. putting those solar panels on council housing) – jobs which involve skills and growth rather than sticking people in call centres working for faceless multi-nationals.

Oh there’s so much I could say on jobs and incomes, but I have to stop and go get on the street…

…talking of which, an update for those of you who are following my blogs…my street-neighbour, who I met last week when she was lost and had lost her things, put a lovely note and a little gift through my door this week.  We’re going to meet up for coffee after the election…making friends with our neighbours is good.  Fact!