There’s lots of great films at the Sheffield Documentary Festival this year, but here are 4 that you may be interested in. (Thanks to Friends of the Earth for the tip off)

The Doc Fest takes places at various venues and times from the 7th – 12th June. The eco films are described below:

The public backlash to Donald Trump’s golf resort in Aberdeenshire’s Menie estate was overwhelming. Built on the razed site of rare sand dune formations, the outcry spread internationally in the wake of filmmaker Anthony Baxter’s successful documentary You’ve Been Trumped. In this follow-up, he sits down with Donald Trump to challenge his plans for extension along the Scottish coastline and examines the ecological cost in similar golf parks. Spanning Dubrovnik, Las Vegas, New Jersey, and Abu Dhabi, he addresses issues from the sport’s gender imbalance to the irresponsible use of potable water by the global golf industry: the amount used annually to transform arid land into grassy playgrounds for the world’s rich is enough for 80% of the world’s population. Meeting with the key players in the development projects and the residents who dare oppose them, Baxter shows that the fight to reclaim our fragile, natural commons from private interests continues to be a struggle.

Karoo, South Africa. As this sparsely populated region considers introducing shale gas drilling, filmmaker Jolynn Minnaar at first keeps an open mind. After all, the community is impoverished, with very high unemployment and bleak prospects, and could do with a booming industry. Armed with nothing more than her inquisitive nature and a camera, she soon finds herself travelling to America, to the frontline of the fracking industry. What she discovers is a bleak landscape, where powerful energy companies have exploited the land, at a terrible cost to both the environment and the health of the local communities. It’s a world where ill families are either desperate to talk, or bound by nondisclosure agreements that allow the companies to control a dangerous mythology. Minaar’s journey into America’s heart of darkness is an absorbing primer on the fracking industry – and a necessary wake-up call to the rest of the world.

When BP’s Macondo oil well exploded in 2010, it killed 11 men and spilled over 200 million gallons of oil into the Gulf of Mexico. In the tiny South Louisianan fishing community Grand Isle, the countdown began as locals watched the murky expanse creep into their lapping crystal water, leaving behind a horrifying red paste along the shoreline. The entire Gulf ecosystem collapsed within two years, not from the spill directly, but rather from the dispersants sprayed by BP’s aircrafts to sink the oil out of sight – and to the seabed. “Where all life starts,” laments one trawlerman as he ponders his future. As crustaceans burst with tumours and healthy people fall ill, BP wash their hands clean by pronouncing the waters “safe” once again. Spending two years after the oil spill recording life on Grand Isle, filmmaker Juliet Brown exposes one of the greatest ecological disasters in recent history and its impact on local lives. 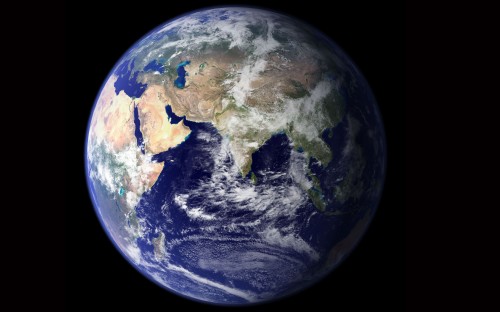 In retrospect, they were prescient. At the time, they were ignored by the powers who needed to listen to them most. In 1972, an international group of futurists and scientists from MIT published a bestselling book, warning that global exponential growth could not be sustained by the environment. Last Call uses a wide array of period archive and interviews to tell the story of the writing of The Limits to Growth, the research project which took on the future of the world as its focus. At the time of publication, the scientists behind it were all optimists – after all, this was a totally manageable problem that simply took human action to solve. Looking back at forty years of inaction they can no longer show such surety. In the midst of a global environmental crisis, governments are finally seeing the need for action – but is it too late?