I am encouraged by the number of people in my ward concerned about those worse off than them who are struggling through difficult economic times. People may think the Broomhill Festival is all garden parties and classical galas but it has a strong political and community programme too. This year saw talks and discussions on the Fairness Commission, public health, human rights and austerity. There is also good work being done in the ward collecting for food banks distributing in areas of the city where help is needed most.

So it’s disappointing to hear that Tesco have forced a Big Issue seller away from the entrance to their store at Berkeley Precinct on Ecclesall Road. John has been a popular fixture there for 6 years and he adds something to what might be a routine visit to a supermarket. I have written to Tesco to remind them that their stated community goals include”making a positive contribution to the societies in which we operate”. Only a quick u-turn will prove that they practice what they preach. 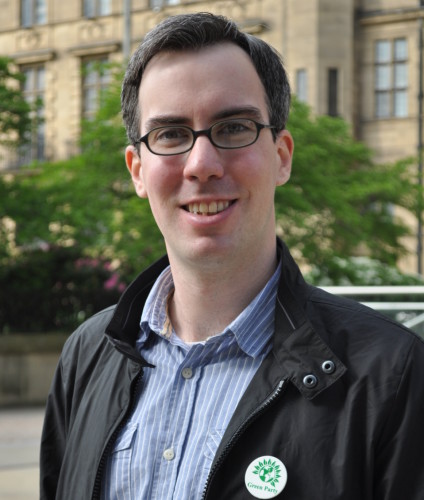 We are very pleased that Tesco quickly responded to pressure on this and has agreed to let John return to his old spot. Brian says

“We spoke to John on what could have been his last morning there and we saw how good he was with people and families. John’s return is good news for Tesco because he adds something to what might be a routine visit to a supermarket. His presence is also part of “making a positive contribution to the societies in which (they) operate” – one of their stated community goals. I’m pleased that Tesco have made a quick U-turn on this because a lot of customer goodwill was at stake. Plus John’s ability to support himself and his family.”