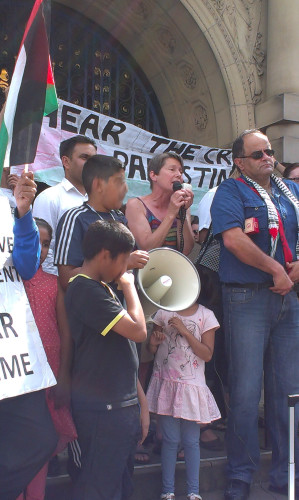 Green Councillor Jillian Creasy and other local Greens took part in the 26 July Sheffield rally in support of Palestinians in Gaza. Cllr Jillian Creasy said: “We deplore the recent killing of one thousand Palestinian people, many of them children, and scores of Israelis in the Gaza area. Israel blames Hamas for firing rockets; but doesn’t mention their own aggression against innocent Palestinian people for more than 60 years. We call on Israelis and Hamas to stop violence now, and work for a fair and peaceful future for everyone in the region.”

The Green Party released a statement on the conflict recently which is shown below.

GREEN Party MP, Caroline Lucas, has today written to the Foreign Secretary to urge him to step up action to secure an end to the latest escalation of violence between Israel and Palestine, and to oppose any attempt by the Israel military to launch a ground attack in Gaza. Lucas has also called on the Government to do more to work towards securing a lasting and just peace in the region, based on a two state solution, and to urgently address ongoing human rights violations. Lucas, Green MP for Brighton Pavilion, said: “This latest surge in violence was triggered by the horrific murders of four teenage boys. Unless the international community speaks with one voice to demand a cease fire, yet more parents will lose their sons, more children will lose their parents and more families will be torn apart by grief. “The Palestinian death toll is rising rapidly and Israel needs be held fully to account for its use of missiles in densely populated neighbourhoods, a policy which breaches international human rights standards. The collective punishment of the Palestinian people is unacceptable, and so too is the firing of rockets into Israel by Hamas fighters. I condemn the use of violence on both sides.” Green Party leader, Natalie Bennett, has also expressed horror at the mounting toll of death and injury from the Israeli assault on Gaza. Bennett said: “Scores of Palestinians, many of them children and undoubtedly non-combatants have been killed, and the Israeli assault on Gaza is clearly creating an atmosphere of terror for its inhabitants. “The Green Party is calling on Israel to immediately cease its offensive, and for the firing of rockets at Israel to cease.” The Green Party’s international affairs spokesperson, Tony Clarke, added: “Several polls indicate that Israeli public opinion is shifting against its government’s continued military response and occupation, and the UN Secretary General is calling for a renewed commitment to a two-state solution. The international community must take decisive action to prevent further violence, and to broker the peace settlement that Israelis and Palestinians alike so desperately want.” 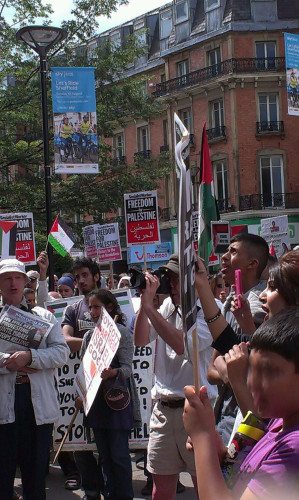 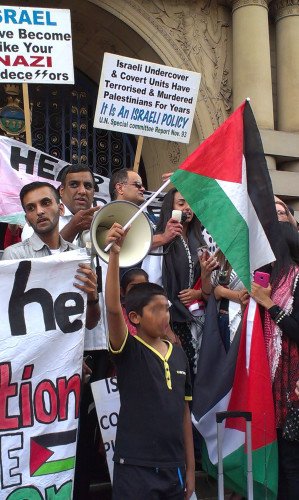 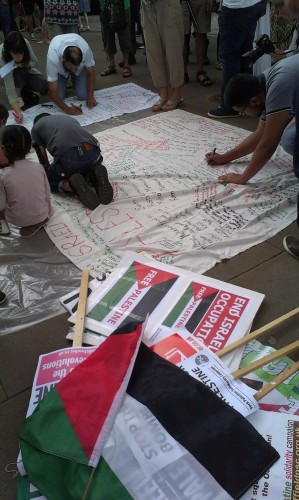 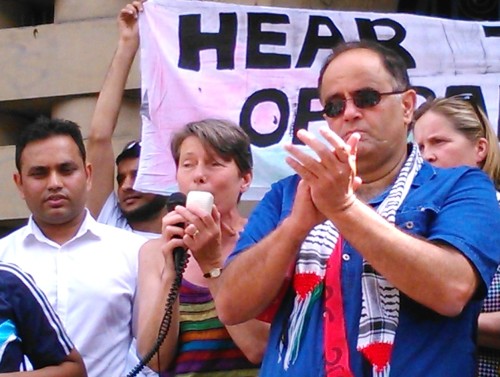