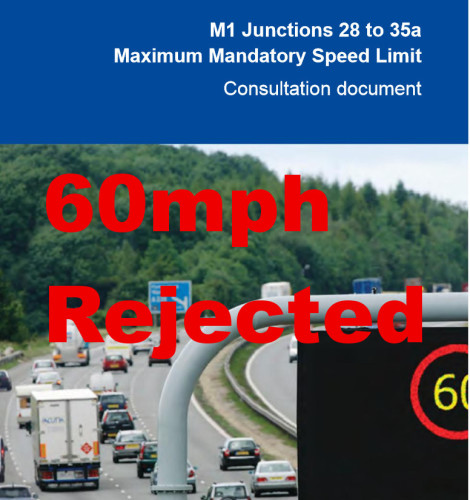 Sheffield’s Green Party Councillors are asking why the Sheffield Council submission to the Government’s consultation opposed an M1 60mph speed limit to improve air quality. The submission broke with the agreed Air Quality Action Plan and was submitted despite the Cabinet Member for the Environment’s public support for the proposed new limit.

The Greens say that the Labour Party is split on the issue. MP Clive Betts and Cabinet Member Cllr Jack Scott supported the proposal but Cabinet Member for Business and Transport Cllr Leigh Bramall and other members of the South Yorkshire Integrated Transport Authority opposed the plan.

Broomhill ward Green Cllr Brian Webster comments: “Polluted air causes the early deaths of hundreds of Sheffielders every year, worsens asthma in our children and chest problems in the elderly. The Council needs to be clear that this is not acceptable.”

He added “We want to know who is responsible for the change of policy which occurred despite a Cabinet Report and public statements from local politicians supporting the 60mph limit. The Labour Party is in disarray on this issue.”

The Green Group will be questioning the relevant Cabinet Members at the next meeting of the Full Council.

Sheffield Council’s submission to the Highways Agency consultation can be found here:

Cllr Scott’s support for a lower speed limit can be found here:  http://m.thestar.co.uk/news/business/m1-speed-limit-in-sheffield-could-cost-lives-1-6720562