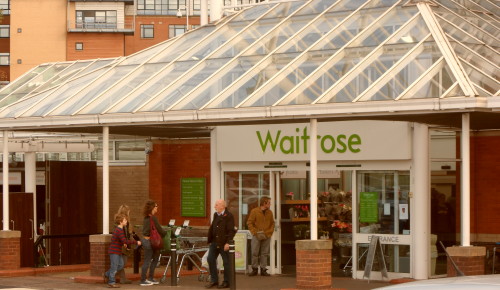 The opening of a new supermarket always comes with a claimed “jobs boost”. But research shows an average net loss of 276 full time jobs within 6 miles of new stores located outside city centres. In 2011 supermarkets expanded floorspace by 2.75 million square feet but their total employees fell by over 400. I live 5 minutes walk from the new Sainsbury’s on Halifax Road. I objected to it because of the impact on the struggling Hillsborough shopping centre and on shops on Halifax Road.  50% of the turnover of an independent local shop goes back into the local community. Compare that to just 5% of the turnover of a supermarket. That’s why the Green Party is supporting proposals to give councils the power to put a levy on the large supermarkets in their areas. Funds raised would be used to help boost local jobs, local trade, local services and local communities. 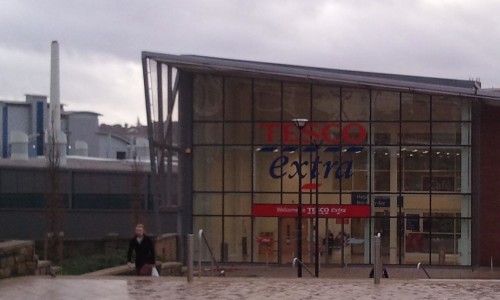 Over 80% of independent shops on our high streets have closed. Supermarkets control 97% of the grocery market. A supermarket levy can reverse this trend, give us real shopping choices and keep money in our local communities. It’s already happening in Northern Ireland and we need it here – before it’s too late.  Yours Sincerely

A recruitment drive was being launched today to fill up to 250 jobs at Sheffield’s newest superstore.The new Sainsbury’s store, on the site of the former Fletchers Bakery at Wadsley Bridge is due to open in November – four years after plans for the scheme were first submitted.The development, on the corner of Clay Wheels Lane and Penistone Road, will cover 50,000 sq feet.The first round of positions are to be advertised this week, and will continue in stages.The range of jobs on offer will be updated regularly throughout August and September.Manager for the store will be Chris Addleton, who has four years previous experience, having started at the company’s branch on The Moor in 2010.Chris, who is already in place leading the recruitment process and is getting ready for opening, said: “Recruitment is one of the biggest challenges and opportunities for us. “The team is working hard to make sure the new store will be the best it can be right from the first day.“I am looking forward to getting involved with the local community and meeting them both as customers and colleagues.”The construction of the store, which has a 450-space customer car park, has led to substantial changes to roads in the area and the demolition of two pubs, the Gate and the historic Travellers Inn.Work on the store began in May after planning processes took longer than usual.Coun Leigh Bramall, Sheffield Council cabinet member for business, had received objections questioning whether the area needed another supermarket and concerns it would cause serious traffic congestion.Although Sainsbury’s already has a number of smaller ‘Local’ shops around Sheffield, it has just two large supermarkets in the city – Archer Road, Millhouses, and Crystal Peaks shopping centre, Waterthorpe.