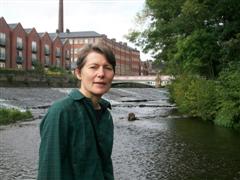 Councillor Jillian Creasy has continued to press the Environment Agency for a response on the River Don oil pollution and has now received this response.

Report from the Environment Agency, 10 October 2014

Approximately 6,000 litres of fuel and recovered oils (including kerosene) entered road drains and discharged into the River Don at Neepsend following a fire at Frogson Waste Management Ltd’s site on Douglas Road in July.

As part of our investigation into the impact we carried out biological monitoring on the River Don at the end of July which confirmed the diversity and abundance of invertebrates had been impacted between Kelham Island and Effingham Road. An oily residue was also present in the river bed substrate. 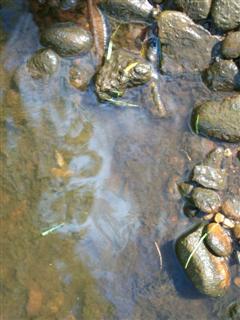 A second biological survey of the River Don was undertaken at the beginning of September 2014 to assess the recovery of the river biology.

Although the picture is complicated by season, some of the species which were scarce or absent from the affected sites in the original surveys have significantly increased in number. Other species have yet to recover, particularly the larvae of insect species which are emerging at this time of the year.

Dry weather predominated during the summer, but a single significant storm in August appears to have removed oil residue from the parts of the river channel which receive most of the flow.

While the August storm may have decontaminated the river bed at sites further downstream to a similar degree as at Kelham Island, less abundant and mobile invertebrates have yet to reach these areas in significant numbers.

Because there is an ongoing criminal investigation we cannot share the surveys at this time, as to do so may prejudice any enforcement action we decide to take.

Frogsons are continuing to make improvements to their site as part of an expansion project. This will prevent the likelihood of any further incidents occurring at their site and minimise any impact on the environment. This includes a new purpose designed building where liquid wastes will be stored. The building is close to completion and all the essential infrastructure such as bunding and drainage is in place. The new building will have 24 hour fire detection and CCTV monitoring.

We have been dealing with reports of further oil pollution on the River Don through Sheffield since last weekend. Environment Agency Officers have been inspecting the river over a number of days trying to locate the source of pollution. We have visited businesses and premises around the Livesey Street area in Owlerton but so far have been unable to determine the source of oil pollution. We are analysing a sample of the oil that has collected behind the boom across the river below Ball Street bridge. 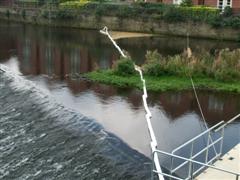 The Environment Agency has powers to recover costs reasonably incurred in carrying out works and investigations to prevent pollution of controlled waters and in undertaking remedial action following pollution. But we can only recharge if the polluter is identified.

We are continuing our investigations into the source of pollution. Anyone who has information should report it to the incidents hotline on 0800 807060.

There is One Response to Oil pollution in River Don

I remember when I was just 15, am 50 now, and I caught a nice little rainbow trout of lady’s bridge that was 35 years ago, I always hoped and prayed that some day the salmon would return as well as all the other species, the river has been through so much since the industrial revolution, we all owe it to the river for full recovery, you guys are a saving grace, I live in florida now for 25 years and I read about the don and the salmon are coming back we are so close to its recovery, good job guys please send me an update will ya god bless, gary