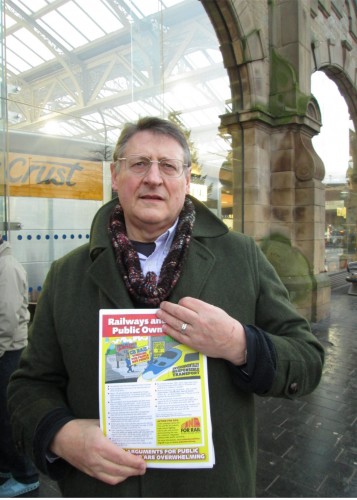 Sheffield Green party candidates and activists joined a protest on Monday morning against the government’s decision to allow fares to rise for a 12th consecutive year and to support Green MP Caroline Lucas’s private members bill calling for public ownership of railways which gets it’s second reading this week. The Green Party today pledged an extra £1.7billion investment in the rail network which would include a 10% cut in fares for all rail passengers.

“The constant rising cost of maintaining the dysfunctional rail network is hitting the ordinary people of the country, especially rail commuters, who are footing the bill while private companies are lining their pockets.” 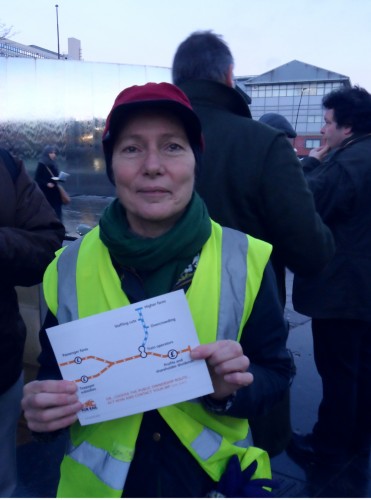 “Thousands of workers commute in and out of Sheffield each day. The standard peak time return between Sheffield and other major cities in our region already costs an average of £25 per day so the last thing that Sheffield rail users need is yet another increase in fares.”

“In these tough financial times we must make it easier and cheaper for people to travel on our railways. A 10% cut in rail fares would provide some serious financial relief for commuters and all rail users. This demonstrates once again that only the Green Party can offer real change.”