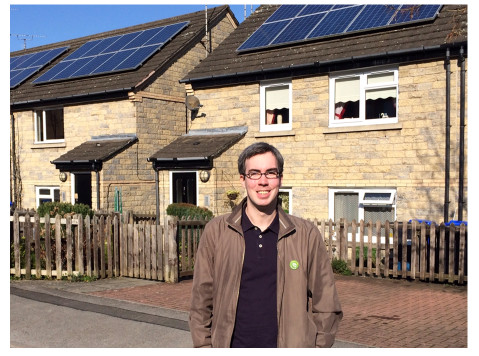 The Cabinet will today (Wed 14th Jan) agree a report approving plans to include solar panels on 1000 council homes as they re-roof them. Other plans include building new homes and making existing ones more energy efficient.

Cllr Jillian Creasy said, “The Green Party councillors have always said the council should invest more in energy saving and renewable energy. We put forward a budget proposal  for solar panels on council houses a year ago. The Labour councillors voted against it at the time, but we are pleased they are taking it up at last. We are concerned  that even now they are not guaranteeing that it goes ahead.

“Money invested in renewable energy can be recouped via the Feed in Tariff and will save tenants up to £200 a year on their energy bills. It also creates local jobs and keeps the money saved circulating in the local economy instead of leaking out to the big energy companies.”