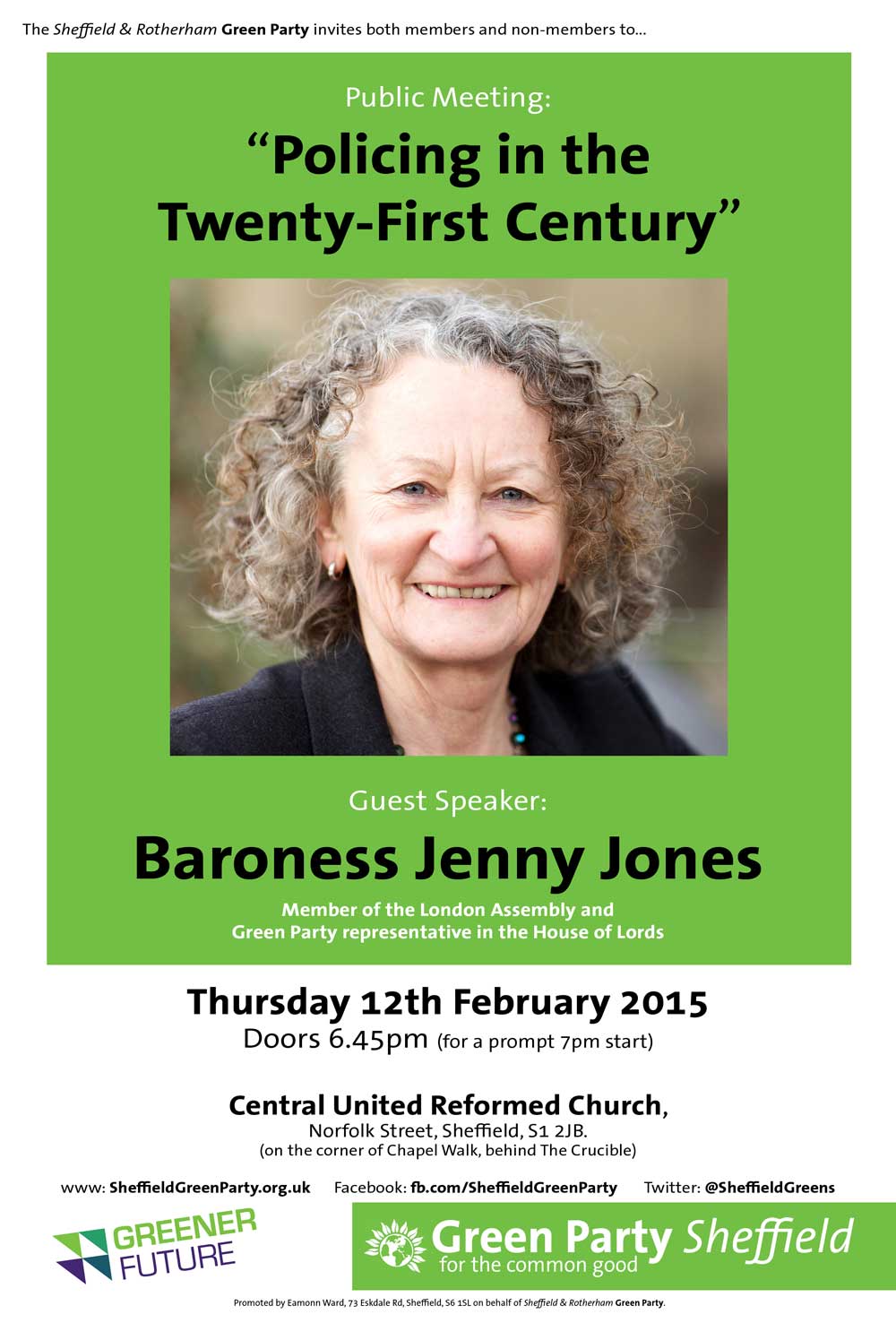 This coming Thursday (12th February) at 6:45pm, the Sheffield Green Party invites you to its latest public meeting at the Central United Reformed Church on Norfolk Street, where Green Party peer Jenny Jones will be delivering a talk entitled ‘Policing in the 21st Century’.

Baroness Jones has a long history of activism and engaging public speaking during her time in the House of Lords, and in her talk will seek to explore issues such as community policing, police surveillance, and international policing. The audience will also be invited to participate in a Q&A with Baroness Jones after her talk.

The Sheffield Green’s last public meeting, featuring a talk by Richard Wilkinson as author of The Spirit Level, saw a completely packed out audience fill the Central United Reformed Church, and the Greens are very confident that Jenny Jones will attract even more intrigue and attendance. 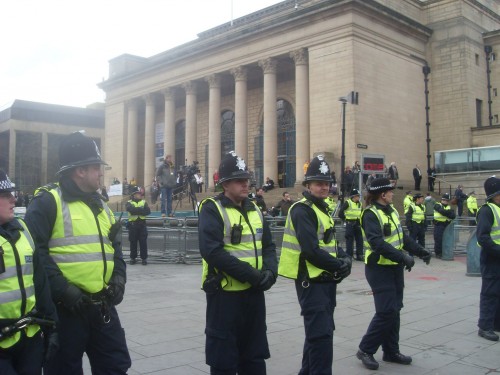 Sheffield Green Party chair Jon Ashe commented “We are very excited to welcome Baroness Jones to Sheffield, and greatly look forward what will be an interesting and thought provoking speech about policing in modern Britain.

“After the immense success of our last public meeting, we are expecting another packed out evening with people sitting and standing wherever they can to listen to a very high profile Green Party politician.”