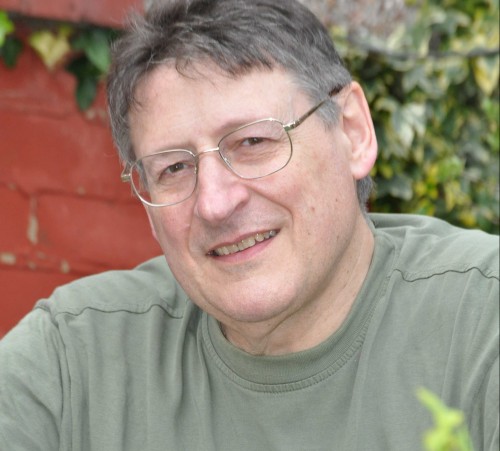 The Green Party’s popularity is growing. In one year our membership has risen from 13000 to 52000, more than the Lib Dems or UKIP. Our national poll ratings have jumped from 2% to 8%, equal with the Lib Dems.

It’s time to vote for a party that puts people first. Our increased presence in Parliament, alongside parties like the SNP and Plaid Cymru, will give us a greater say in how the next government is run.

We represent a change of system, not just a change in who runs the system. Greens will represent the people who elect them to Parliament, rather than the multinational companies that successive Governments have served.

Austerity is a choice we reject. Instead we’ll stimulate the economy by investing in properly insulating housing and in renewable energy. This would reduce household energy bills and help us meet carbon reduction targets needed to tackle climate change. This could create up to 1 million jobs and tap into Sheffield’s engineering skills and capacity.

Public services should be publicly accountable and not contracted out for private profit. We’ll protect the NHS and put an extra £12 billion into it. We’ll bring the railways back into public ownership and ensure local councils have control over bus routes and fares.

We’ll raise the minimum wage immediately to the living wage, £7.65; and to £10 by 2020. We’ll ban zero-hours contracts. We’ll pay a guaranteed basic income to everyone to eliminate unemployment and poverty traps while acting as a safety net.

We’ll bring all schools back under local authority control, and get rid of damaging targets and performance related pay. We’ll restore Educational Maintenance Allowance for all 16 and 17 year-olds and scrap university tuition fees.

Our fully costed manifesto will be published in March. Our program will be paid for by a Wealth Tax of up to 2% on the richest 1%, closing tax loopholes and tackling tax evasion (such as the recently publicised scandal involving the Swiss arm of the HSBC bank), raising the top rate of tax to 60% ,and introducing a “Robin Hood” tax on large financial transactions, amongst other measures.

We’ll save £100 billion by scrapping redundant Trident Nuclear missiles . Funds saved from cancelling HS2 and the £15 billion roads program would be put into into cutting rail fares and improving public transport instead.

The Green Party offers a different vision, a vision of hope for a future where we can begin to take back control of our lives. It’s a future that isn’t ruled by companies and competition, but shared in communities with co-operation. That’s why so many people are turning to us, the Green Party. For the common good.

There are 4 Responses to Vote Green in Hallam Constituency

I live in Bradway, and have had no leaflets or any contact from the Greens as yet…it’s all from the Lib Dems…..who I am not interested in.
You’ve got to get out there?

As you know the Green Party is growing fast.

Unlike the other parties, though, our funds come mainly from membership fees. We do have a couple of larger donations this time round, but even so we don’t have the capacity yet to fight every constituency to the fullest extent. The advantage of not accepting donations from companies is that our policies remain ours, and are not tainted with having to accommodate them.

In a situation where only three parties are well known, small parties have to fight really hard to get heard. This means we have to choose where we put our resources; in Sheffield it’s not Hallam, I’m afraid, but Central, where we’re the real challengers to Labour.

Mr Clegg is desperate to hold on to his seat. He’s doing everything he can to do so.

Even Labour can’t mount the big campaign they’d like, but as one of the big parties, are more likely to receive disenchanted votes than we are.

I appreciate your frustration; we all feel it, too. We’d love to have the money and the activists to fight every seat to the full, because we believe strongly that our policies will appeal to a large number of people, and that they’re the policies the country needs at this point in time.

So what kind of campaign AM I putting on? Well, there WILL be a leaflet going to every household, sometime in April. I’m canvassing on a regular basis. I’m attending all the hustings , including the one Mr Clegg has promised to attend on March 26th. I’m doing all the media work I can. I’m answering all constituents’ emails. And I’m organising “meet the candidate” café and pub events. One of these may well be in Bradway, and I hope you’ll be able to get there.

If you’d like to get involved at all, please let us know.

Hi Peter, I’m a journalism student at the University of Sheffield and I’m putting together a news feature on the potential need to change the voting system. I’d love to ask you some questions and hear your views on the matter, if you would be up for speaking to me, please reply!

Hi Josh, I’d love to meet up with you. Email me on petergarbutt@hotmail.co.uk to arrange a time.
Cheers