Budget measures to protect services and assistance for city’s most vulnerable. 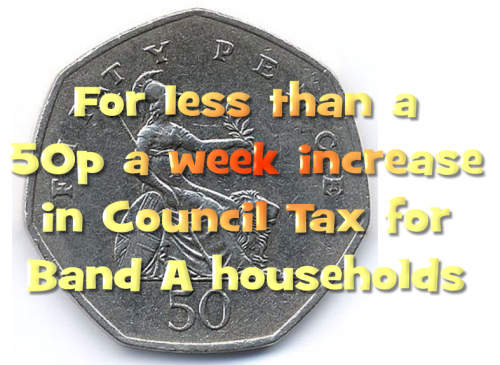 The Sheffield Green Party has submitted its budget amendment to today’s council budget meeting, which calls for swift and decisive action on combatting poverty and inequality, and increased funds for care of the city’s elderly and vulnerable.

The Greens propose to hold a referendum in Sheffield to raise Council Tax by 2.95% (or 48p per week for most households), which they argue could provide crucial extra funding to run services and initiatives across the city to protect and benefit the worst off and most needy.

Whereas the Labour administration proposes to increase council tax without giving Sheffield people a chance to vote on it, the Green Party proposal means that everyone will be able to express a view on the opportunity to fund improved services.

The previously publicised reallocation of New Homes Bonus funds to create a new officer position responsible for bringing the 5,000 empty houses across Sheffield back into use
Investment of £40,000 from the local growth fund to install solar panels on the Ellesmere and Park Centres
Reallocating the funding set aside for the M1 Gateway project into establishing a Community Shop in Sheffield offering discount food, empowering individuals and building stronger communities.
An extra £496,000 into adult social care funding

There are also other proposed measures which build upon the work the Green group have been doing in Council over the last year, including a commitment to maintain NHS Dementia Care services as Hurlfield View, and installing a 10:1 pay ratio between the Council’s highest and lowest paid employees.

Commenting on the proposed amendments, Councillor Jillian Creasy states “This a Budget which we believe can improve fairness and reduce inequality and hardship among the Sheffield people.

“Many in Sheffield have felt the full force of swingeing government cuts, and it should be a priority for the council to make sure that those worst affected are given all the assistance they need to restore their quality of life.

“Measures such as opening a Community Shop in Sheffield and protecting NHS services from being put out to tender are crucial in making sure we are doing everything we can as Councillors to protect the most vulnerable in our society.”