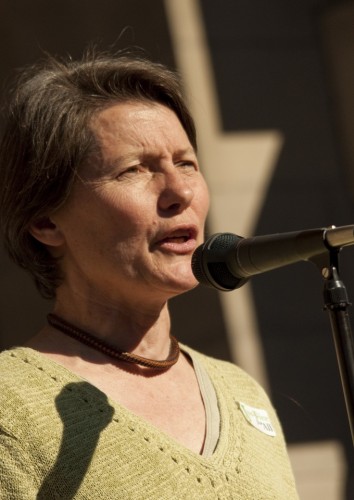 The proposed demolition of buildings on Devonshire Street is a tragedy.

It is tragic because it is avoidable. The Planning Committee has to follow national planning legislation and local guidance, which ties their hands. But there IS local guidance about what the Devonshire Quarter should look like and this clearly states there should be a mix of shops and residential uses. The council has not updated the guidance for 10 years and has not adhered to what there is, so gradually the area, including West One Plaza, has succumbed to big chain coffee shops, restaurants and bars. The planning committee has another application in front of it today, for late opening of the bars in West One. This will affect the people who live in West One and make it even less likely that they will ever be used as intended, i.e. shops, which would have drawn more people into the area during the day. 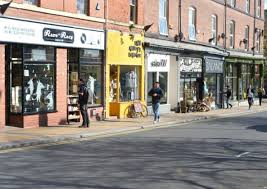 Imaginative planning officers have drawn up a City Centre Masterplan which would also support distinctive “Quarters” in the city – but this still hasn’t been through the official approval process so can’t be taken into account. The council is waiting for the University to finalise its masterplan. And cabinet members and officers are still trying to get a big developer and big retail chains to invest in the stalled New Retail Quarter project. In other words, they will always put the big corporations first.

We – the Green Party and all those who object to both these applications – have a different vision. We think the city centre should be designed to be a good place for residents and small businesses too. These are more likely to be locally owned, so the money they make circulates in the local economy. And the owners care more about their success and longevity because they have a stake in the city.

So, for the sake of our city centre, for the people who live and work here, for visitors now and in the future, we need to protect our heritage and support our home-grown businesses.

There are 3 Responses to Jillian Creasy on Devonshire Street demolitions

yes to independent stores, and retaining heritage but be very wary of the gentrification trap. This has seen a mass eradication of music venues in our capital and our major cities the length and breadth of the country. In short, vibrant culturally-interesting areas based around music venues attract urban dwellers who then lobby to close down these long established culturally important venues. Net result – more corporate generic, retail takes over, destroying the charm that attracted the residents there in the first place.

Martin Smith has put his finger on the problem that Jillian Creasy is writing about here and he is right to point out the value of the many older buildings in Sheffield used as studios and performance space by artists and musicians. The long established shops on Devonshire Green are being squeezed because there is a demand for more of the corporate retail space he is worried about. It’s time to exercise some planning control to keep the diversity and vibrancy of our city centre, the very thing that residents of the area came for.

This is just the latest in Sheffield City Council’s apparent campaign against the city’s heritage. From the closure of the Archaeology Unit and the disastrous ‘trustification’ of the museum to the demolition of the Kangaroo and Trafalgar Works, the demolition of the Jessop Hospital at the behest of the university and countless other demolitions and unsymathetic reuses of buildings of quality and character across Sheffield, we see a Council that is determined to erase as much of the city’s past as possible and in doing so to create a landscape composed of cheap ‘disposable’ buildings with no aesthetic, architectural or other merit. This will not be the last such planning disaster that Sheffield will see as we still have a few historic buildings left standing which are, no doubt, already on the Council’s ‘hit list’.