Greens Against Austerity – Taking action in Parliament, in the Council and on the Streets

Join Sheffield Green Party for our first public meeting after the General Election – where we are taking stock of the prospect of another five years of Tory Government. Get involved in planning a community centred, Green response of action in Parliament, in the Council and on the streets. 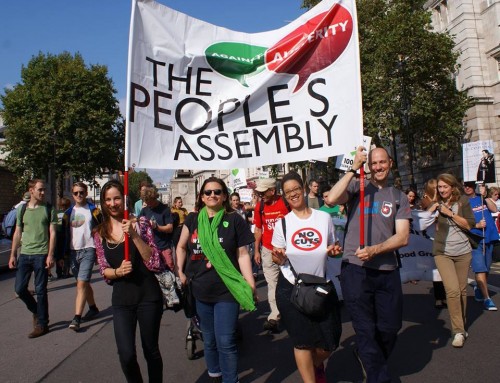 We’re sure you are as disappointed as we are at the prospect of another five years of Tory rule. But the time for mourning is over, and the time for planning our response is now. Please join us, both to listen to our speakers and to bring your own ideas and enthusiasm to our open discussion session.

This meeting is open to all members, supporters and people interested in working together with the Green Party. Together, we can build a real alternative to austerity, based on a massive investment in the jobs and infrastructure required to create a sustainable, high wellbeing society.

We hope to see you there. Please RSVP here.