Save the trees on Rustlings Road 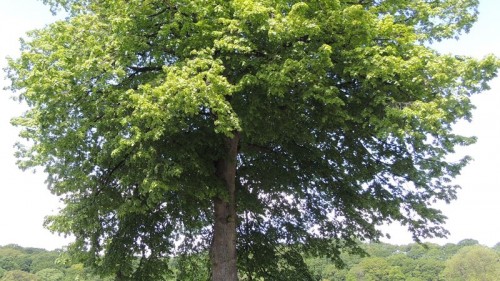 Please sign this petition to save the trees on Rustlings Road.

Here are some of the letters that have been published recently on the topic in the Star.

Save our trees have your say

There are 4 Responses to Save the trees on Rustlings Road

Please get involved with the wider campaign for a rational and sustainable approach to conserving Sheffield’s mature tree heritage. Sign the petition, and please look, like and share at https://www.facebook.com/savesheffieldtrees
Thank you.

Will do. Thanks Chris.

I wrote this as a response to Dr Shetty’s posts on the trees, but couldn’t post it because I’m not on Facebook. Anyway, it was in response to one of the questions about how Amey gets away with poor workmanship.

Perhaps I’m being naive here, but isn’t one of the issues with Amey getting away with poor workmanship related to the fact that Amey handle the complaints about their work on behalf of the council?

My experience so far with SCC and Amey about Streets Ahead has been:

(1) I complained about the killing of the mature trees on Grange Cresecent. Long story. I was basically told this wasn’t my business. I took the complaint as far as consulting an ombudsman, who wasn’t positive about my chances, so I gave up. They cut down the trees, some of which were not disturbing the pavement at all.

(2) When Amey replaced the pavement in Grange Crescent, they sheared off the entire green front of my hedge, without consulting me. I complained and Amey handled the complaint. I was told that the hedge was badly maintained and obstructing ‘their highway’. I questioned whether the highway belonged to Amey and the guy backtracked. Eventually, they told me (a) they had consulted an arborist who was of the opinion the hedge would grow back ‘eventually’ (I’d like to have seen a report from the arborist). When I asked the Amey guy if he’d been out to look at the hedge, he said ‘he thought’ he’d seen a photograph. I asked if this was a ‘before’ photograph, had they kept a record?, and he said something about looking on Google Earth. I looked on Google Earth, I’d be surprised if the hedge could be considered an obstruction to their work on that basis. (b) I was told the Amey workers knocked on my door to consult me. I happen to have had a painter working in the house who went out to his van before and after the hedge was damaged and he said no-one knocked. I was basically told, well it’s your word against ours.

I spent well over an hour trying to find someone on the council who would handle a complaint about how Amey were handling complaints. I was bounced from pillar to post; eventually, the Amey guy called me back.

I’m not really venting here. The hedge was horribly damaged and an eyesore, but I have taken it down and I’m working on an alternative that might even be nicer than the original. I just thought I would throw into your mix, my experience of interacting with the council and Amey :-)

I will be thinking about where to put votes.

Savethetrees in my garden.4 have been cut today I cant stand it. Those trees were home to wild bird. Sm4 6ng. Help . How can I stop it?