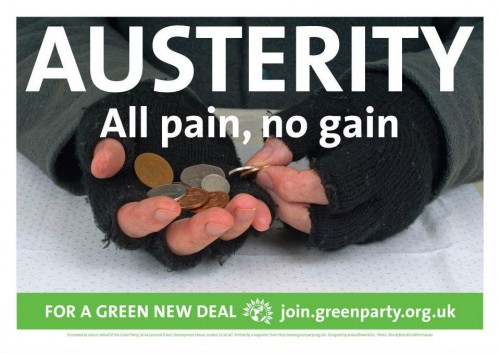 Since 2010 our elected leaders have constantly told us that we have no choice but austerity. Now George Osborne wants new laws to tie the hands of future governments and force austerity on them.

We’re told: “It’s working!” But we see differently in our daily lives. I’m a lecturer in Sheffield on a zero hours contract. More people are on low pay, short hours, or precarious self-employment, than at any time since World War Two. Over one million people had to resort to foodbanks in 2014. Many young people face no prospect of earning enough to leave their parent’s home.

Those needing welfare shoulder the pain, through sanctions, “workfare”, the welfare cap and the bedroom tax. The most vulnerable, including those with disabilities, are hit hardest. They suffer the stress, indignity and unfairness of Work Capability Assessments and the loss of the Independent Living Fund. 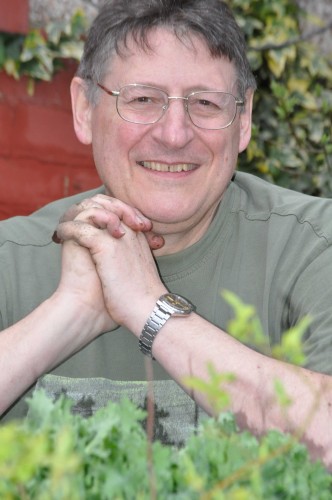 Constant references to supporting “working people” build an image of claimants as lazy scroungers. The reality is many working people must claim top-up welfare payments to survive. Living Wage Foundation research indicates that supermarket workers alone are topped up by in-work benefits totalling £11 billion a year.

But hold on a minute. The UK remains the 6th richest country in the world. We’re told: “We’re all in it together!” But the gap between rich and poor has widened considerably since 2010. The Institute for Fiscal Studies calculates that austerity is likely to bring another 800,000 children and 1.5 million working-age adults into poverty during this decade.

Many leading economists, plus the International Monetary Fund and the Organisation for Economic Development, say austerity is damaging our economy. In the General Election, the Green Party stood with the SNP and Plaid Cymru against it. We promoted the clear alternative – investment to stimulate our economy to create lasting jobs. It’s what we did after the Second World War, using government borrowing to create the NHS and jobs and homes for those who came through it.

The People’s Assembly and many other organisations are now working hard to counter the lies of austerity in Sheffield. Green Party members will join them and thousands of others to march against austerity on Saturday June 20th in London. We urge everyone to join us and fight for a clear moral choice – people before profit.