Sheffield Green Party is opposing Government plans to limit court challenges to controversial environmental and planning decisions by public bodies – including shale gas extraction (fracking) and other significant environmental threats. The Greens are particularly concerned because of recent Government announcements about fracking which may have a major impact on South Yorkshire. 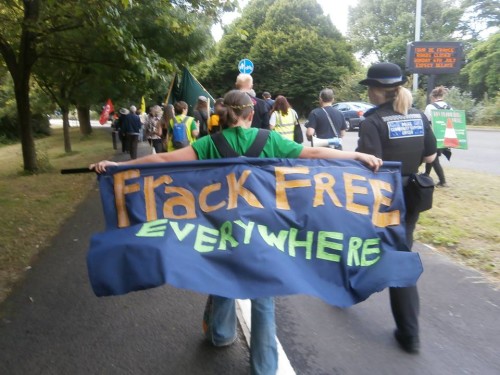 The Government is proposing to make it harder and more expensive to challenge Government decisions in the courts. These are environmental claims that affect whole communities and are not for the benefit of just one person. The Government is planning to remove protection against huge legal costs for anyone who challenges it.

In its consultation response, Sheffield Green Party says the changes will undermine the public’s right to challenge unlawful environmental and planning decisions by local authorities, central government bodies and private companies. The changes are likely to deter all but the wealthiest people from bringing environmental cases to court in the future.

“These proposals are particularly worrying given the government’s intention to push ahead with fracking, which poses a contamination threat to groundwater and faces substantial public opposition. The legal issues are often very complex and the court might be the only way to check these.” 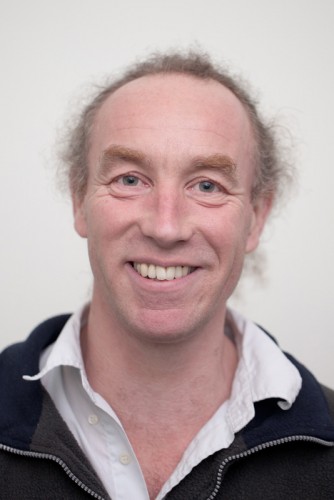 Douglas Johnson, a Green Party member and winner of the 2014 Legal Aid Lawyer of the Year award, said,

“Access to the court is sometimes the only way for individuals to challenge Government departments. These proposals are nothing more than the Government trying to rig the court in its favour.”

1.       The members of the Sheffield Green Party are strongly opposed to the proposed changes, which, if enforced, are likely to deter all but the wealthiest people from bringing environmental law cases to court in future.  This will undermine the public’s right to challenge poor and unlawful environmental practice and planning decisions by local authorities, central government bodies, private companies and other bodies – it is crucial that these institutions can be held accountable, particularly when regulatory bodies such as the Environment Agency are struggling to fulfil their role of protecting the environment effectively owing to budget cuts.

2.       The proposed changes will make Environmental Cost Protection uncertain until permission to appeal has been granted. Not only will this exclude ‘unmeritorious’ claims –  a highly subjective term which is not defined anywhere in the document – but also good cases that are refused permission because, for instance, the public authority being challenged has already changed its decision as a result of a proper legal challenge being brought.

3.       Claimants could find themselves unprotected by the Aarhus Convention and left facing uncapped costs.  If the case is deemed worthy of capped costs/Environmental Cost Protection, under the new regulations the costs will be determined based on the financial situation of the client – while means testing to prevent prohibitive costs being levied on less wealthy people would be a welcome change, it is very clear from the consultation document that the intention is to retain a lower limit of £5000 (or even increase this to £10000) and to raise the upper limits depending on the apparent resources of the claimant.  This may include an ordinary person’s home, which they may then lose as a result of bringing a legal challenge.  It would also place environmental claimants in a very different position – of having to make public their entire financial status – compared to any other litigants or compared to defendants with very large resources, much of which may be concealed off-shore.

4.       Furthermore, the proposed change to make financial supporters of a claimant equally liable for costs by redefining them as claimants in the case will prevent groups or family members from offering assistance to a claimant, making even the current £5000 limit prohibitive to many members of the public.  The change is a clumsy attempt to dissuade support from the public, due to an unspecified fear of unknown costs liability.  It is a direct attempt by the Government to undermine free democratic choice through, for instance, crowd-sourced fund-raising.

5.       It is clear that the proposed changes are intended to deter members of the public and community groups from mounting cases relating to environmental law, through increased risk of serious financial repercussions not only for the claimant, but potentially for anyone supporting their case.  These changes will weaken environmental protection and make it easier for businesses and individuals to engage in practices that are detrimental to the environment, wildlife and potentially to human health.  This is particularly worrying given the government’s intention to push ahead with hydraulic fracking, which poses a contamination threat to groundwater and faces substantial public opposition.

6.       The proposals will only have the effect of allowing illegal acts by Government departments and large commercial corporations to go unchallenged.  The proposals are particularly pernicious given that claimants who rely on the protection of the law in such cases do so for the good of the whole community, not for personal gain.