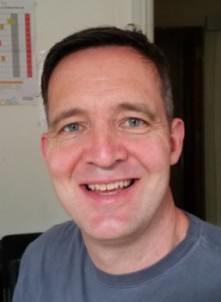 Green Party leader Natalie Bennett said on the global climate deal “What matters now is whether governments put their words into action at home.” We need councils to act as well – especially as the Tory government has a woeful environmental record. Within 1 week of signing up to the climate agreement the Tories slashed renewable energy subsidies and approved fracking under national parks without a proper Commons debate. They also put forward a plan to address dangerous air quality that has been described as shambolic by Client Earth who took them to the Supreme Court to force action.

In Sheffield, we are still waiting for proposals from the Green Commission. They need to reflect the recent Labour Party pledge to run the city entirely on green energy by 2050. Sheffield quietly joined 50 Labour run councils in making this pledge in late November.

Sheffield continues to breach EU safe air quality limits in a number of areas. There are an estimated 269 premature deaths in Sheffield due to air pollution. Action 1 of 7 in the city air quality action plan is “Assess feasibility for a Low Emission Zone” – the assessment reports went to Cabinet in December 2013 but action has yet to follow. Action 3 is “Promote smarter travel choices”. The council must create conditions that encourage people to leave their cars at home and use public transport or walk or cycle instead. The disastrous bus changes have been a hindrance not a help to passenger usage. The air quality action plan signed in July 2012 has the words but, 3 1/2 years later, we really need to see the required actions.