The case against HS2 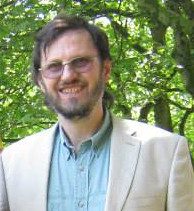 There has been a debate recently about whether the HS2 station should be built in Sheffield or Meadowhall. I believe that the majority of the population are not in favour of HS2 at all.

HS2 will do too much damage to local communities and to the environment, and is too expensive. To achieve high speeds the trains are expected to use up to 50% more fuel than Eurostar so carbon emissions will not be reduced. The enormous sums involved could be better spent improving transport for everybody, not just the wealthy business-people who will be able to afford to use it.

The cost, which is estimated to be between £40 and £80 billion or around £1000 per person in the country could be much better spent on our rail infrastructure to improve the travel experiences of the majority of passengers, reduce ticket costs, and reopen former lines to increase the network. Disused stations such as Heeley could be reopened and the Supertram system extended. New rolling stock could be bought so that commuters no longer suffer overcrowding and cancellations. Rail capacity could be increased by adding more track to existing routes, and by upgrading freight-only routes for passenger use too. Star readers are also very aware of how money could be spent improving our bus service.

At the same time, we need wider-ranging policies designed to reduce the need for long-distance travel, while integrating local public transport systems (for example, as has actually happened to good effect in London over the last 15 years) and continuing to make streets safer for cyclists and pedestrians.

There has been much speculation concerning how many jobs HS2 will create. The Green Party believes that instead of bringing prosperity northward from London it will syphon off more of our wealth southward to London.

HS2 will wreak environmental damage to outstanding countryside. According to the Wildlife Trust, in Phase 2, the section that links Birmingham Manchester and Leeds, three SSSIs, six Wildlife Trust nature reserves and 87 Local Wildlife Sites are all directly affected and will be damaged or destroyed by the proposed route. In Sheffield and Rotherham twelve local wildlife sites, including three ancient woodlands: Smithy Wood, Hesley Wood and Woodland at Hesley Tip will be affected. Other important Local Wildlife Sites including Holbrook Marsh, Woodhouse Washlands and Treeton Dyke are threatened.

Noise pollution for those that will live near the track will be a massive problem.

HS2 is a politicians’ vanity project, which should be stopped now.