Opening up the Amey contract 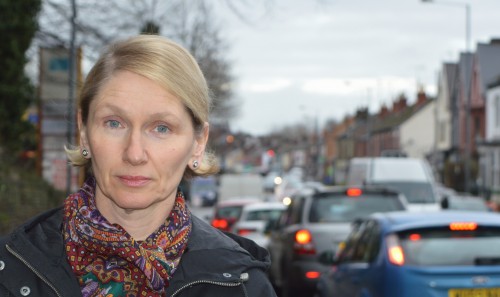 In 2012 Sheffield’s new Labour administration signed a Highways Private Finance Initiative (PFI) deal with Amey that will cost taxpayers £2.2 billion over 25 years. The contract was negotiated by the Lib Dems, then Labour, behind closed doors. It was never debated in the Council Chamber or looked at by a Scrutiny Board.

At the time only the Green Councillors questioned the deal, pointing out that it was inflexible, anti-democratic and hugely expensive. The problems of PFI contracts were known – some closed schools were still having to pay cleaning and heating costs. The Treasury Select Committee reported that they were an extremely inefficient method of financing projects and did not provide good value for money.

Unfortunately, as many politicians have done in the past, Sheffield’s Council leaders chose privatisation and a quick fix, leaving future generations to pick up the tab. One day our children will ask us why we let this happen.

While most council services have been cut to the bone with yearly budget cuts, the cost of road maintenance is increasing by £1.8 million every year. That’s more than enough to keep funding the city’s libraries, keep Don Valley Stadium open and much more besides. Meanwhile, cuts are being made to the officers overseeing the contract.

But a deal is a deal. We will all be paying for it long after those who signed it have moved on. We are locked into the contract for decades, any renegotiation will cost a fortune in accountants and lawyers fees and Amey will always benefit.

The least the people of Sheffield deserve is to know what has been signed on our behalf. If we know what has been agreed, we can make sure Amey are doing the job they promised and talk about what we think would be sensible changes.

Our Council should not be ignoring Freedom of Information requests and avoiding questions. This is the 21st century, we should have transparency and open government. Council meetings should be recorded and made available to everyone. Contracts paid for with public money should be open to public scrutiny.

Alison is a local election candidate for Nether Edge & Sharrow ward, find out more about her here.

There is One Response to Opening up the Amey contract

if we know the contract then any breaches could be penalised properly .Hopefully with the removal of this contract . As far as I know there have be breaches all over which should result in heavy fines for Amy and the cancellation of the contract .This should most certainly happen if they do any tree work whilst the injunction stands. this is the law everyone has to follow i would expect prosecutions and cstodial sentences Simon Smith