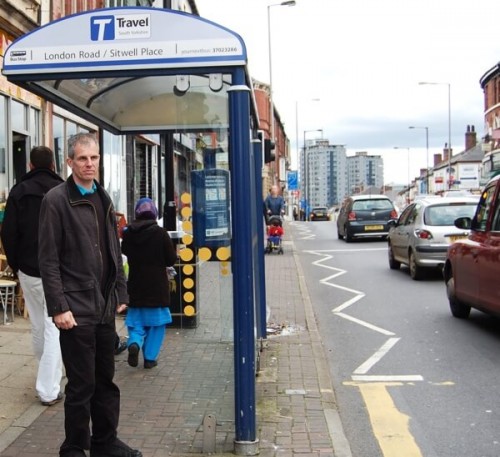 Speaker for the Green Group on Sheffield Council, Cllr Rob Murphy called on the Council to investigate alternative forms of funding for bus services.

The demand was made at the Economic and Environmental Wellbeing Scrutiny Board on Wednesday 16th March 2016 when it considered the recent petitions for a reversal of network changes which totalled over 12,000 signatures.

The Transport Executive saved £320,000 from the changes.

“If we want to stop cuts to the bus network, we need to look at funding outside of the levy included in our Council Tax. Unfortunately, no member of the committee was prepared to second my proposal.”

“It is clear that if public transport is to improve in Sheffield, we need more Green Councillors in the Town Hall to provide the vision and forcefulness to make effective changes.”

Rob was also amongst a group of councillors that got bus operators to agree in principle to releasing more information on the performance of the network and individual routes.

“These proposals are particularly worrying given the government’s intention to push ahead with fracking, which poses a contamination threat to groundwater and faces substantial public opposition. The legal issues are often very complex and the court might be the only way to check these.”