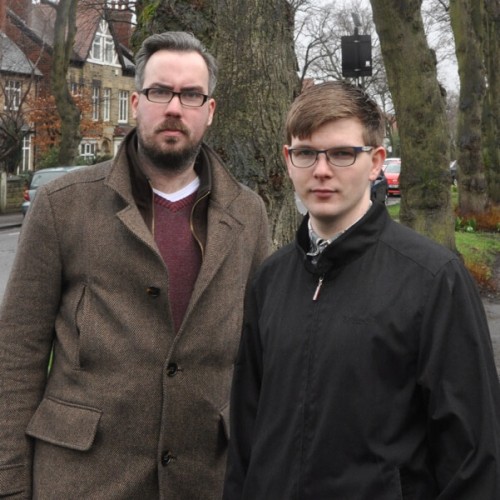 Green councillors have voted against the ratification of the Sheffield City Region ‘devolution deal,’ after Labour and LibDem councillors rejected a Green amendment (below) calling for a “return to negotiations with central government with a view to securing a better deal for the people of Sheffield”.

“We fully support devolution of power and the enhancement of local democracy in principle, but this Agreement delivers on neither and is quite simply a bad deal for the people of Sheffield.  Labour is letting the Government impose a City Region mayor on our city, even though Sheffield people opposed a mayoral model both in a 2012 referendum and in response to the Sheffield City Region’s own consultation on this deal earlier this year.  The £30m per year on offer as part of this deal is for the whole of the City Region – not just for Sheffield – and doesn’t even come close to offsetting the over £350m per year that Sheffield City Council has had to make in cuts since 2010.”

“Instead of helping to deliver George Osborne’s agenda, Labour should be pushing for real devolution of powers and the reversal of devastating funding cuts for Sheffield.  This is yet another example of the Labour-run Council failing to listen to local people.  With all-out local elections on May 5th, it’s time for a fresh start and a Council that listens.”

The Sheffield City Council EGM was held at 5pm on March 18th, 2016.  Full details of the meeting can be found at: http://sheffielddemocracy.moderngov.co.uk/ieListDocuments.aspx?CId=154&MId=6300&Ver=4

The text of the Green amendment as proposed to the meeting, was as follows:

That the recommendations set out in the report of the Chief Executive now submitted, as relates to the Sheffield City Region (SCR) Devolution Agreement, be replaced by the following resolution:-

a) notes that although minor changes have been made to the terms of the proposed Devolution Agreement since its announcement in October 2015, believes that there remain too many unanswered questions on important issues arising from this agreement;

b) strongly supports in principle the devolution of power to local and regional areas such as Sheffield and the Sheffield City Region as a means to enhance local democracy and provide greater control for local people over the affairs that affect their areas, but does not believe this Agreement delivers on these goals – and believes that in fact some aspects of the proposed deal, like planning functions, represent greater centralisation of existing powers away from local authorities;

c) notes that the extra funding promised by central government as part of this devolution deal does not even come close to offsetting crippling cuts that continue to be made to the funding of local authorities like Sheffield, and fears that the current Government is seeking to pass on additional responsibilities to local government without providing adequate funding to fulfil them;

d) notes the views and comments made by local residents, business owners, and community organisations through the SCR devolution consultation (Appendix 4), and in particular that “respondents are predominantly more negative of the proposal for an elected mayor in SCR than they are elsewhere about devolution”;

i) believes that this feedback is in line with the result of the 2012 referendum in which Sheffield people overwhelmingly voted against the creation of the post of an executive mayor for Sheffield City Council, and that when taken together the SCR devolution consultation and 2012 referendum result show that strong feeling exists within Sheffield against the centralisation of powers in the hands of a single individual;

ii) therefore believes that any devolution deal with central government that includes provision for an elected mayor should not be adopted without a further referendum on the proposal being carried out;

e) therefore rejects the proposed Devolution Agreement, and urges other local authorities in the Sheffield City Region to do the same;

f) urges the Administration to return to negotiations with central government with a view to securing a better deal for the people of Sheffield, with the starting position that no deal will be signed that includes an elected mayor unless a further referendum first determines that this is desired by Sheffield people, and;

g) instructs officers to send copies of these recommendations to the Leaders of all local authorities in the Sheffield City Region and to the Chancellor of the Exchequer.