We need EU-wide rules more than ever, to protect the public interest. 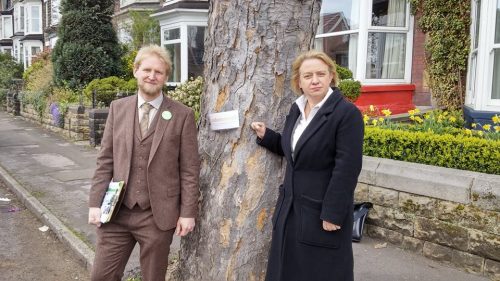 In a matter of weeks, we will vote to decide if we want to remain in the European Union.

For Greens, the EU referendum debate must include a thorough discussion about tackling corporate power. The ‘leave’ campaign has offered no solutions to how the UK alone would succeed in ensuring multinational corporations do not abuse their position – when it comes to tax dodging, working conditions or environmental safeguards. With large corporations operating freely across borders, we need EU-wide rules more than ever, to protect the public interest. The EU is often ahead of the UK government on this – from capping bankers’ bonuses to introducing a ‘Robin Hood Tax’ on speculative financial transactions.

In response to the tax dodging scandal exposed by the Panama Papers, the European Parliament launched a full investigation into the content of these leaked documents. Molly Scott Cato, Green MEP for the South West of England, has received the support of over half a million citizens on her petition urging EU institutions to prosecute banks that allow their clients hide assets in tax havens.

In the UK and in other EU countries, people are rising up against the controversial US-EU trade deal, the Transatlantic Trade & Investment Partnership (TTIP), which threatens to put corporate profit above public services, environmental protection and workers’ rights. Opposition to TTIP in the European Parliament is growing with strong local campaigning in Sheffield. It’s already meant major delays, more transparency, and significant concessions. Now is the time to stand in solidarity with anti-TTIP campaigners across Europe to win this fight.

While bolder measures are required to properly protect the public interest in the face of powerful multinational corporations, we have seen that EU-level action is crucial. Greens hope that voters will take this into account when casting their ballot on 23 June.

There are 2 Responses to We need EU-wide rules more than ever, to protect the public interest.

The case for remaining in the EU is overwhelming.

1) As a Trading nation we should be in the world’s largest Trading Club.
2) European rules on Health and Safety at work protect us all.
3) There’s no guarantee a UK govt would fund all European Funded projects in the UK
4) To fight Tax avoidance and Evasion we need to work with other European nations.
5) To fight Climate Change we need to work with other European Nations
6) The various leave alternatives all involve complex and unnecessary negotiations which would waste a lot of time and money – and would still involve the UK paying into the budget, but without having any say in how it’s spent!
7) The USA, China, India , Australia and New Zealand all want us in.
8) Europe went to war in 1814, 1870,1914 and 1939. Surely if we are linked together the chances of that happening are much reduced.
9) Together makes it easier to fight crime, co-operate on health and education where it makes sense to do so.

Thanks for you comments Simon :) totally agree!