Green Party councillors and activists joined a demonstration to draw attention to Barclays Bank’s investment in fracking.
The protest came after the decision by North Yorkshire County Council to grant a licence to drill in Ryedale. The licence was granted to Third Energy, a fracking company 97% owned by Barclays.

They joined over 100 people from a range of organisations, including People and Planet, Sheffield Climate Alliance, Sheffield Against Fracking, South Yorkshire Frack Free and members of Barnsley Green Party outside the Barclays branch on Pinstone St on Saturday 27th May.

The Green Party calls for investment in long-term renewables and for fossil fuel to stay in the ground. 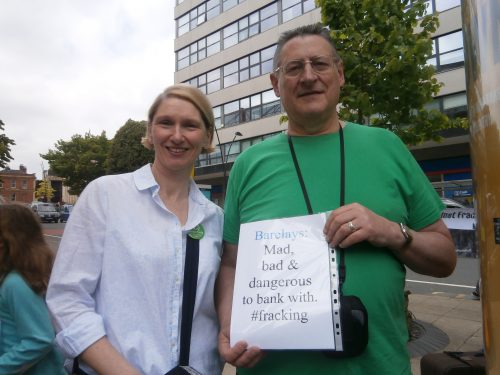 Cllr Alison Teal with Peter Garbutt at the Fracking Protest

“Fracking is dangerous on a number of levels, from the number of heavy vehicles moving to and from the site, to the contamination of land, water and air around the fracking site, to contributing yet more to the climate crisis. Barclays Bank should take its responsibilities to the people of Ryedale and the wider community much more seriously, instead of considering its profits ahead of everything else.”

“We must stand in solidarity with the 4,000 people whose objections were ignored by this decision. If this drilling goes ahead, it could be a green light for other companies to drill elsewhere, including in Sheffield – in Stocksbridge, Lodge Moor or Mosborough, for example.”

“Sheffield Green Party calls on the government to publish its long-withheld report on the effects of fracking, to reverse support for fossil fuels and to invest in renewables and energy conservation measures.” 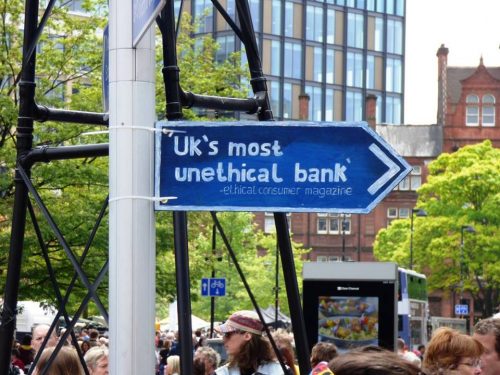 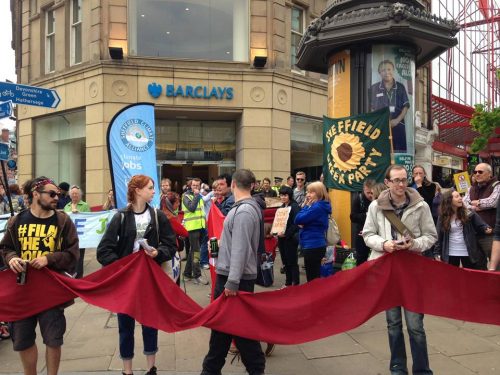 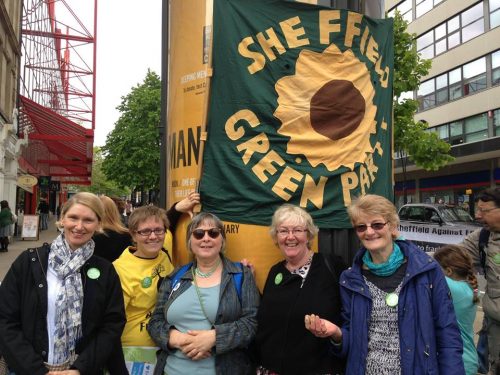 NYCC made the decision on Monday 23rd May to approve Third Energy’s application to drill an exploratory well.
The consultation process produced over 4000 objections, and only 32 in support.
The report into fracking, by the Committee on Climate Change, is to determine whether fracking is compatible with UK climate targets but has not been made public by the Government.

150+ people on the day, from groups, NGO’s and individuals across South Yorkshire.
The point was made.