What has EU ever done for us? 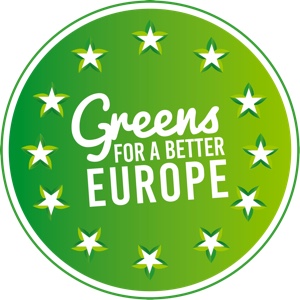 Some say the EU has done dreadful things…

Since its formation, it has worked to reduce armed conflict on the continent, obliging our wonderful arms industry to find markets elsewhere. Does the EU actually prefer peace?

It has ripped up the barriers on freedom of movement, giving ordinary folk like me and you the same rights to live, love and work across Europe as the rich have – as if the EU believes we’re all equal!

It has imposed on businesses the costs of paid holidays, maternity rights, fair treatment for temps and a maximum working week, where our own government would seek to cut this ‘red tape’ in order to allow companies to make more profits.

It has forced businesses to do their work more cleanly, where our own government was all for allowing them to pollute our streams and rivers, our land, our air and the seas that surround us.

Why on earth does the EU protect us against business excesses?

It’s given the money of the richer regions to the poorer regions, ensuring areas like Yorkshire and the Humber received more than £1 billion in the last two decades.

At the same time our own government has been withdrawing funds from local councils like Sheffield.

Is the EU just having a laugh?

And worst of all, it’s going against our own government’s policies by trying to reduce the emissions of greenhouse gases such as CO2, and by being increasingly against fracking, which our own chancellor so clearly champions.

It’s as if the EU actually believes climate change exists, just like those climate scientists.

OK, the EU isn’t perfect. But it’s far better to be in the EU with the protections it provides, rather than outside it with a government that would tear them up.

And if we’re in Europe, we can work to change it for the better.

Greens in the UK and in Europe are working towards a more democratic EU, an EU that strengthens our environmental and workplace protections, an EU that challenges the power of big corporations to make life fairer and more pleasant for individuals and small business.