Sheffield’s Green Party is calling for the city council to withdraw its support for the HS2 project.
Green councillors have put a motion to a meeting of the Full Council, saying the money would be better spent improving the local and regional rail network, and cross-Pennine routes in particular.
Speaker for the Green Group, Cllr Rob Murphy said 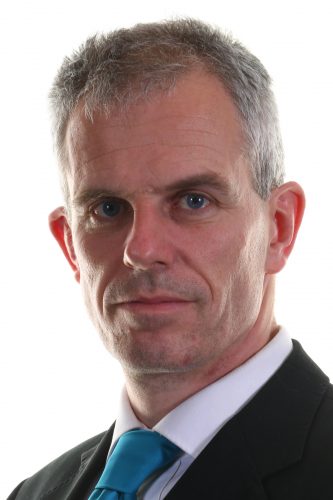 “The newly-proposed South Yorkshire route for HS2 has removed any pretence that this project is about freeing up crowded lines.

The use of existing lines approaching Sheffield and the lack of a main-line station means we are paying the price but not getting the promised benefits. Over budget, unwelcome and riddled with problems, it is time the government called an end to this grand folly.

Our region’s main bottleneck is the short distance between Sheffield and Manchester and we should be prioritising this important but neglected route rather than worrying about shaving a few minutes off the journey to London for people in Leeds and Newcastle.

What northern cities need to succeed is better connections between each other.”

The Green motion is being presented to Sheffield city council on 5th October 2016. The text of the motion is:
That this Council:-
(a) notes the HS2 Route Change announced on 7th July 2016 would result in the loss of hundreds of homes in the city region and a likely reduction in services stopping in Sheffield City Region compared to the original proposal;
(b) is concerned that the proposal will not provide the benefits of ‘substantially reduced journey times’ or ‘release space on the conventional rail network for new commuter, regional and freight services,’ the statements used as justification for Sheffield City Council supporting the concept of High Speed Rail;
(c) believes that the proposed HS2 spur to Sheffield Midland Station will not provide the economic benefits, capacity and connectivity improvements that a Sheffield Victoria option claimed;
(d) believes that the huge amount of infrastructure investment tied up in HS2 is not good value for money for Sheffield City Region and the money would be better spent on improvements to the local and regional train network, in particular the overcrowded cross-Pennine routes;
(e) believes that, for the North to be more successful, it is more important to improve connections between northern cities than those between these cities and London; and
(f) calls on the Administration, for the reasons above, to withdraw this Council’s support for the HS2 project, and resolves to send a copy of this motion to the Department of Transport and HS2 Ltd.