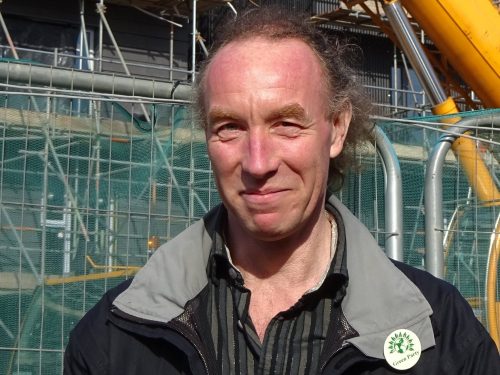 In November, I wrote how the council meeting had shown the more positive side of political parties working towards the same aims. December’s was – sadly – a meeting of antagonism.
The two big issues this month were the trees fiasco and the future prospects for the Central Library.
The meeting started with a petition from school children in Totley, who had worked out exactly what road markings they needed to make their school safer from traffic and came to the meeting with a large plan drawn out. Fortunately the children left before the adults started getting unruly.
Lots of public questions followed, on a range of topics but with at least 19 on trees. Naturally this took a long time and, equally naturally, the questioners were not very satisfied with Cllr Bryan Lodge’s replies. The really interesting question was from a resident of Ventnor Place, where Amey had turned up to fell their one tree whilst the street consultation was still going on. We had put forward an amendment to reflect on this, in the light of the public apology given by Cllr Lodge. Not only was he angry about the tree, the questioner was also aggrieved about the Council’s complaints process begin handled by Amey. He said, “my streets have been privatised, my trees have been privatised and my complaints have been privatised.”
Antagonism between the public gallery and the Cabinet members was reflected in that between Labour and Lib-Dem councillors, with each blaming the other party for their role over the last decade in the country biggest PFI contract.
The motions of ‘no confidence’ were voted down on party lines
The petition in support of the Central Library had reached a massive 10,058 signatures by the time Rebecca Gransbury presented it to the council. She did an excellent, well-balanced speech expressing her desire that the existing library and Graves Gallery be valued.
Cllr Jack Scott’s promise of “openness and transparency” was undermined by Cllr Leigh Bramall’s avoidance of simple questions. We asked what sites had been identified for the library and a breakdown of the £30m claimed to be needed to bring the current Library up to standard. The answer from Cllr Bramall was “this question should be directed to Councillor Jack Scott” – who gave no answer.
Although the debate that followed was heated, all councillors agreed the matter should be referred to a forthcoming Scrutiny Committee in the near future.
One small positive to come out of the meeting was the Cabinet member’s response to the Green question on the NHS Sustainability and Transformation plans – code for huge cuts to both health and social care, which the Council was being asked to sign off. She stated that the Administration “does not intend to approve” the local STP.”