Council will not implement controversial NHS Sustainability and Transformation Plan. 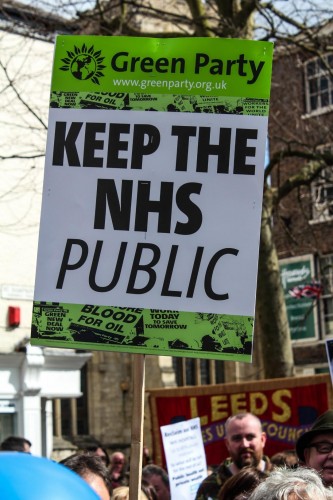 Sheffield Greens welcome City Council refusal to sign off NHS cuts plans
Green Councillors welcomed Sheffield City Council’s refusal to sign off the local Sustainability and Transformation Plan (STP) being developed by NHS and local authority managers.
The controversial plans are being drawn up across England. They are intended to be developed as a partnership between NHS bodies and local authorities but have been criticised for masking huge cuts in both health and social care services.
The Council’s statement comes in a written answer to Cllr Douglas Johnson on 7th December 2016, confirming that “the Administration does not intend to approve the NHS’s local Sustainability and Transformation Plan.”
Cllr Douglas Johnson, a member of the council’s Health and Social Care Scrutiny Committee, said:

“The STP process is very much a top-down reorganisation of the NHS.

“I felt that members of the Scrutiny Committee I sit on were being fobbed off without proper discussion of the plans. I welcome the focus in the STP on investment in prevention, mental health and primary and community care. However, the promise of this new investment in health improvement services is just not credible when the plans set to deliver such huge cuts in public spending.
“I therefore called for a further Scrutiny Committee to discuss the plans, although this has yet to take place.

“I am therefore pleased that the Administration has made clear it will not be signing off the local STP.” 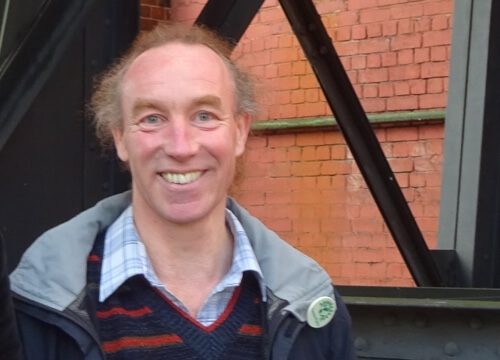 STPs are being drawn up in 44 “footprint” areas across England. See https://www.england.nhs.uk/ourwork/futurenhs/deliver-forward-view/stp/
Sheffield is part of the South Yorkshire and Bassetlaw area. The local plans are a Sheffield plan and a SY & Bassetlaw plan. £107m of the proposed £571m of cuts across South Yorkshire and Bassetlaw relate directly to local authority functions of social care and public health;
The commitment came in a written answer from Cllr Cate McDonald, Sheffield city council’s Cabinet Member for Health and Social Care, on 7 December 2016. The question from Cllr Douglas Johnson was:
“When does the Administration intend to approve the NHS’s local Sustainability and Transformation Plan for a funding gap of £571 million across South Yorkshire and Bassetlaw?”

“The Administration does not intend to approve the NHS’s local Sustainability and Transformation Plan.”

Sheffield City Council now joins a small number of councils that have decided not to approve local STPs. The proposed date for sign-off by all organisations was 31st January 2017
Other comments from councils concerned at the effect of STPs are at: https://calderdaleandkirklees999callforthenhs.wordpress.com/2016/12/08/19-councils-statements-on-secret-theft-plans/