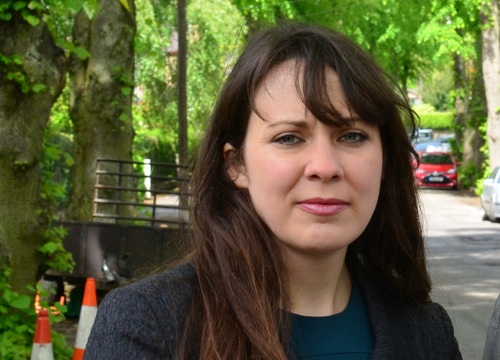 Green Party Deputy Leader Amelia Womack will speak at tomorrow’s rally outside Sheffield Town Hall in support of Cllr Alison Teal and other tree campaigners who last week were served with court injunctions by Sheffield City Council. The injunctions were demanded that they stay away from felling sites under threat of legal action.

The rally, which will take place at 12:30pm on the steps of the Town Hall, has been organised by city-wide Sheffield Tree Action Groups. Amelia Womack was delighted to accept their invitation to address the crowd in support of protestors.

Natalie Bennett, who will also speak at the rally, said

“We are very much looking forward to hearing Amelia Womack speak at tomorrow’s rally. Amelia’s presence shows that the Green Party across Britain acknowledges and supports the growing national, and international, protests about what’s happening here in our city.

“The council is aiming to shut down peaceful opposition to their disastrous tree felling programme by intimidating protestors, threatening them legal action. This after it has made Sheffield know as the ‘City that Cuts Down Trees”, rather than the ‘Green City’.

“This will prove to be yet another waste use of time and money by Council, who instead of talking to residents and listening to their concerns, would rather arrest them and bring them before the courts.

“Cllr Alison Teal, a wonderful and well-liked servant of the people of Nether Edge and Sharrow, is being targeted and oppressed by the very Council she represents for doing nothing other than standing up for her residents.

“The people of Sheffield are clear – we do not support the Labour Council’s felling of our street trees.

“We will be gathered outside the Town Hall tomorrow to voice our opposition against the Council’s aggressive, anti-democratic, and no doubt expensive plans to take its own residents and representatives to court. Greens both in Sheffield and across the country stand with Cllr Teal and all peaceful tree protestors.”

See the STAG Facebook event for more details about the rally.