Better facilities and a vision for the future of rail 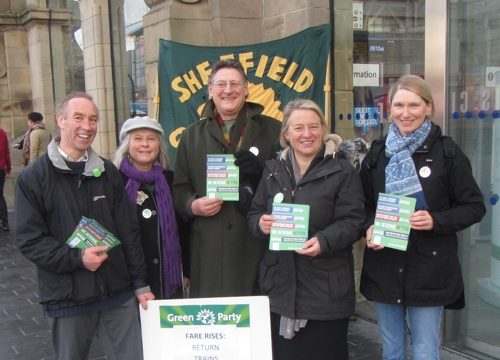 Sheffield Green Party has responded to the East Midlands rail franchise consultation, setting out its vision for how the railway should run.

Key demands at Sheffield station include:

The response also sets out the Green Party’s vision of railways that are publicly owned and controlled.  It calls for electrification of railways, investment in the North to match the South, late night trains and planning ahead for reopening stations like Heeley, Millhouses and Totley Brook.

“In our response, we are clear that modern railways should be inclusive for all, affordable for all, accessible to all, and minimise harm to the environment, for the health and wellbeing of all.”

“We hope our views are taken into account and make the railway a public service right at the heart of society and of Sheffield.

This is not just about faster, more comfortable journeys to London. We want to see investment in rail in the North and station facilities that contribute to the city centre. That’s why we want to see free wireless, public toilets, bus and cycle provision and a serious commitment to tackle air pollution around the station.”