Cameron Fleming wants to hear a lot less about street trees and more about the courage of people like Dennis Skinner MP who voted against his own party over 500 times (Star letters 20 September).

I note that you simply can’t do that if you are a Labour councillor in Sheffield. The only councillor to step out of line recently was Nasima Akhter who was suspended from the Labour group in January just for abstaining in a tree-felling council vote.  Cllr Akhter (Nether Edge & Sharrow ward) resigned from the council in April.

The street trees campaign has publicly exposed Labour’s undemocratic, one party state, rule of this city. We need to keep hearing more about this campaign not less – it’s exposing the actions of the ruling Labour group to proper scrutiny. It’s acting as our “Watchdog”.

The Sheffield Green Party welcomes all comments but we will not be held responsible for any user comments. We do reserve the right not to publish comments that may cause offence.

This site uses Akismet to reduce spam. Learn how your comment data is processed. 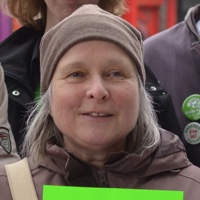