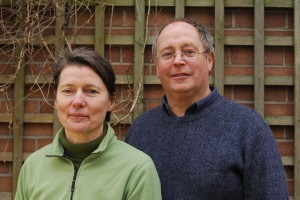 Central ward councillors are opposing cuts to opening hours at Highfield and Broomhill Libraries. The reduction in services was proposed by the Lib Dems in a recent meeting of councillors from Broomhill, Nether Edge and Central wards. The Lib Dems want to devolve powers to communities but the Greens say there has been no proper consultation and that reducing library hours is unacceptable.

Cllr Creasy said, “We are in favour of local decision making, but it must be
based on well planned proposals and genuine consultation. At the last public Area Panel meeting, members of the public were invited to make suggestions about how they would like to reshuffle £50,000 between libraries, street-cleaning and parks across the three wards. No-one suggested saving money from libraries or spending more on leaf clearance or graffiti. There will be no further chance for comment until the public meeting on 6th November when councillors will vote on the decision. A spur of the moment proposal discussed by councillors behind closed doors can’t be right.”

Cllr Little said, “Highfield Library is a vital resource for people in
Central ward many of whom don’t have access to a computer or books and
newspapers at home. It is divisive to cut library internet access by
reducing opening times. We were particularly shocked that Cllr Scriven
proposed closing for an extra hour on Saturdays, which we know to be the
most popular time for working people and families. A few thousand pounds
won’t go far in terms of cleaning graffiti or clearing leaves but for a busy
library like Highfield or Broomhill it will mean a noticeable cut in a
valued service.”