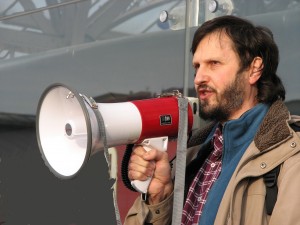 Jeremy Biggin probably has the sympathy of most Star readers when he says he is bored of politicians, (Letters 1/1/09). The current disinterest in politics is a big problem which we urgently need to address. If people don’t take an interest in politics this could result in extremists and racists like the BNP being elected.

The Green Party are urgently trying to change the system so that people can re engage with politics. We need new members to help us transform the politics of the city.

We believe we are perilously close to reaching various tipping points which will take climate change out of control, making most of the planet uninhabitable. We don’t think trying to save the world is boring, but it is urgent and we make no apologies for going on about it.

But the Green Party doesn’t just talk – it acts. During the past year in Mr Biggin’s local area, we have organised a clean-up of the green space between Springvale and Sydney Roads; and we collected a large number of names on a petition against the closure of Crookes Valley Road post office. If people like Mr Biggin joined us, we could do far more.

Mr Biggin doesn’t like or trust politicians. But we can’t just abolish them, as all we would have then is anarchy. We need to replace them with politicians we can trust and believe in. My advice to Mr Biggin, and everyone who agrees with his letter, is to stop shouting from the sidelines and come and get involved. If you can’t beat ’em, join ’em! See www.sheffieldgreenparty.org.uk for more information.