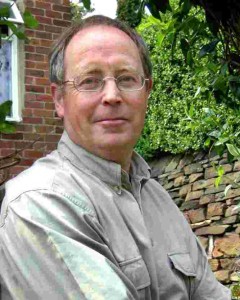 Green Party councillor Bernard Little comments on today’s news that Hammerson are looking for a £582.2 million rescue package while British Land are selling half of Sheffield’s Meadowhall shopping centre to a “a vulture fund” to ease its financing crisis.

“It is time for Sheffield’s Economic Masterplan to be re-drawn. The Green Party take no pleasure in having warned that the plan assumed that the economic boom would last forever within our now discredited economic system. Ex chief economic adviser to the Treasury, Ed Balls, told the Yorkshire Labour Party in Sheffield at the weekend that “this is becoming the most serious global recession for over 100 years”. We are in deep trouble and need to change direction fast.

The Green New Deal for Sheffield Conference at St Mary’s Conference Centre, Bramall Lane on 28th February is well timed. It will provide a “thinking from scratch forum” on the future shape of this and other cities. The conference will seek to face the global financial, climate and energy crisis. It will explore what Sheffield can do at a national, local and
community level to create a sustainable local economy. It is now backed officially by Sheffield City Council following a Green Party motion at the Council meeting on February 4th. It is vitally important that key conference outcomes find their way in to a new Economic Masterplan for the city. ” ENDS

Hammerson seeks £584m refinancing to fend off banks
* Richard Wray
* The Guardian, Tuesday 10 February 2009
*
Hammerson, the property firm behind Birmingham’s Bullring and Brent
Cross shopping centre in north London, became the latest cash-strapped
British business forced into a rescue refinancing yesterday, as it
sought £584.2m from investors by selling shares at a mammoth 62%
discount to their price on the stockmarket.

Hammerson, the UK’s fourth-largest property company, said it had been
forced into the move because the sale of some of its assets is taking
longer than expected as buyers struggle to raise the necessary cash. As
a result, it is at risk of breaching the terms of its overdraft and sees
little chance of being able to negotiate a better rate with its bankers.

It is the fourth deeply discounted rights issue by a UK-listed company
in a fortnight after similar moves from the mining house Xstrata, the
office group Workspace and the engineering firm Cookson. City analysts
reckon it is unlikely to be the last: they estimate that the economic
squeeze could result in UK-listed companies having to raise £30bn-£50bn
from investors over the next few months.

In an attempt to make it easier for companies to raise cash from
shareholders, the Financial Services Authority, the City watchdog,
announced plans yesterday to cut the time needed for a rights issue from
three to two weeks.

News of the Hammerson plan came as its rival property firm British Land
sold half of Sheffield’s Meadowhall shopping centre to a vulture fund,
backed by investors from Abu Dhabi, to ease its financing crisis.

London & Stamford Property Limited and its unnamed joint venture partner
– understood to be the investment group Cavendish, which is backed by an
Abu Dhabi sovereign wealth fund – has snapped up the 50% stake for just
under £588m. They will pay £170m in cash and take on half of the
centre’s £835m debt.

British Land said yesterday it was still looking at other options to
increase its “financial flexibility” and analysts reckon it may have to
announce its own rights issue when it publishes its third-quarter
results on Thursday, possibly raising as much as £650m. The company is
also believed to be trying to sell the Broadgate office development in
London to Delancey, the property group whose executives include British
Land’s life president, Sir John Ritblat.

London & Stamford was set up by Raymond Mould and Patrick Vaughan, two
property veterans who made their names by developing business parks in
the 1970s through their Arlington Securities business. It was floated on
London’s Aim market in 2007 to take advantage of what they saw as the
worsening property market.