Greens get investigation into fairer wages 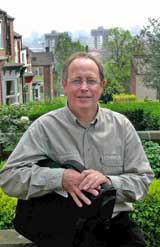 In the Full Council meeting of Wednesday 29th July, councillors voted to support Green Party proposals for a report on the Living Wage to be produced by council officers.

Green Councillor Bernard Little said, “This is the first step towards getting a
fairer deal for some of the lowest paid workers in Sheffield, people who
provide a vital service for the city, from litter pickers to cleaners to care
workers. By finding out what a living wage is for Sheffield and how it could
practically be done for the City Council, we will be taking a lead in reducing
inequality between the richest and poorest.”

A Living Wage is already paid to thousands of workers in London and is being implemented in Glasgow and Leeds. The Greens are asking officers to find what the living wage would be in Sheffield, calculated as £7.09 per hour outside London but dependant on the cost of accommodation amongst other things. Officers will then draw up a report on how that could be implemented in council.

Bernard Little added, “Many people, even though they work full time, don’t earn enough to have a decent social life and struggle with the cost of living. It’s something that causes stress and ill health. We recognise it is a difficult
time for employers, but many of the larger employers could afford to pay their lowest workers more, for example, by holding or reducing the pay of those at the top.”

The Green Party had hoped other parties would commit to reducing the inequality in wages further by reducing or holding the pay of the highest earners in council, but that step was rejected. Council officers will consult the Centre for Research in Social Policy at Loughborough University, which calculates the national level of Living Wage, and trade unions. A report will be brought to the Council Cabinet in three months time.

Motion as carried.
That this council:

a) Notes the report by the Centre for Research in Social Policy at
Loughborough University, “Minimum Income Standard 2009”, finds that the minimum
cost of living has risen by 5% to April 2009, making it even harder to live on
a low income in the current economic downturn;

b) Notes that the report recommends a wage of Â£7.09 per hour outside London
for a single person for them to avoid poverty and that lower housing costs in
Sheffield are likely to mean the level for Sheffield will be lower;

c) Directs officers to work with the Centre for Research in Social Policy at
Loughborough University and trade unions on a suitable minimum income standard
for Sheffield and bring a report to cabinet in three months time setting out
how it could be implemented.