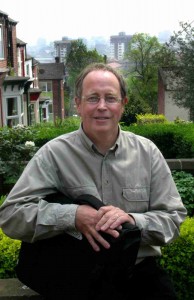 My original letter to the Star included the sentence ‘Most of the local residents we have approached have been willing to sign our petition opposing the proposal.’ But this sentence was omitted from the letter in my name published by your paper on 7 August.

In other words, the Green Party has acted on the basis of the views of local residents. It’s a pity that Coun Mohammed and his fellow Lib Dems didn’t ask us whether we had consulted local people before they voted against my motion at the 29 July Council meeting.

Motion (Green)
Opposing the car park on health, pollution, climate change grounds. Arguing the money would be better spent by the trust to promote low carbon transport options for staff.

AMENDMENT put by Lib Dems
Notes the parking problems in Broomhill and the need to address issues by NHS. Criticises Government for turning down supertram extension to Hallamshire. States consultation should be carried out before any conclusions, that this will be done as part of planning proposal. Criticises Greens for not asking local people what they think [despite this coming from local residents in the first place…!]
VOTE: Lib Dem FOR Labour FOR Green AGAINST
CARRIED

MOTION as amended (Lib Dem amendment)
VOTE:
Lib Dem FOR
Labour FOR
Green FOR but AGAINST f) [criticism of Greens]
CARRIED

The Lib Dem amendment, which replaced all of ours, does not suggest any approach from the Council to the Sheffield Teaching Hospitals.Their clause “(f) is disappointed that the smallest group on the Council is dictating to local people their own views without asking them what they think first:” is factually wrong.
We are raising awareness of something that is already happening. The STH has a Travel to Work Plan “Travel for the Future” (approved by the STH Board January 2007) which it has failed to give publicity to not only its workforce but also the communities around the hospital sites. The STH failed to engage these local communities when drawing up the Plans. Our motion to Council and our campaign should try to inform the community that the Plans already exist, that they are something to get behind if it is a genuine attempt to reduce the impact of their business in Broomhill and Page Hall.

The three actions we were wanting the Council to write to the STH Trust Chief Executive should be pursued.
i) building more car parks run counter to Council environmental and public health policies.
ii) high level engagement of the STH with SY Integrated Transport Authority.
iii) encourage the Trust to use an independent environmental research organisation to show that it is working for the common good of the city and is following best practice.
I also think the campaign should challenge STH on their commitment to promoting public health in the city rather than just treating illness.
Our line with staff is that money would be better spent on improving pay levels of lower grades and numbers of front line staff.
It was interesting that the Cabinet member for Climate Change who tabled the ammendment makes no reference to increase CO2 emissions….let alone Air Pollution.