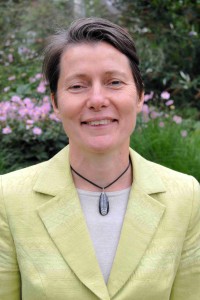 The City Council’s pay and grading process begs the question of how we value different kinds of work. It is supposed to end longstanding inequalities between men and women and anomolies in terms of service. But if you look at the list of winners and losers you can see that most of the changes, for better or worse, are amongst the lowest paid. The middle and top managers have not been affected.

The Green Party is fighting for fairness. The gap between the highest and
lowest paid, nationally and in the council, is too wide. This is bad for
those who do demanding manual or semiskilled jobs. It is also bad for
society as a whole. There is good evidence that countries where the gap
between rich and poor is very wide (like USA and UK) do worse than where it is narrow (like Japan and Scandinavia). Life expectancy, education, crime,
health and happiness are all affected. Anyone interested should buy or
borrow a book called The Spirit Level by R Wilkinson and K Pickett or visit
www.equalitytrust.org.uk

This is why Green Councillors put a motion to Full Council asking to
establish what is a “living wage” for Sheffield and to see how it could be
implemented for council employees. We say the money needed would come not from council tax payers but from the salaries of those at the top of the wage scale.