Local Community calls for youth centre to go ahead 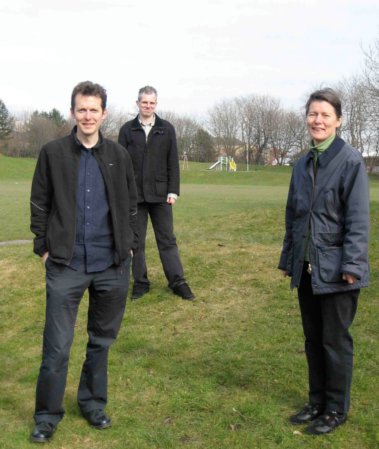 About 200 people have signed a petition asking the coalition government to release the promised money for a new youth centre in Lowfield. The petition has been submitted to the relevant Government Minister.
A huge amount of consultation and preparatory work has taken place to provide a new centre, playground and all-weather pitch. Money has been secured for a number of parts of the project. But work isn’t going ahead while government funding is awaited.

Local Green Party councillor Jillian Creasy said ‘This project will provide excellent facilities for young people; and nearly all the local residents we approached signed this petition. But the project has stalled because the promised funding from the coalition government hasn’t materialised. ‘
She added ‘If the money for the youth centre isn’t forthcoming, the Football Foundation’s funding for the all-weather pitch on the park could be put at risk, because the two projects are linked. Also, while the recent announcement about new playground equipment was welcome, the full benefits won’t be seen if the park isn’t developed. So the funding from the coalition government is really needed – and soon.’