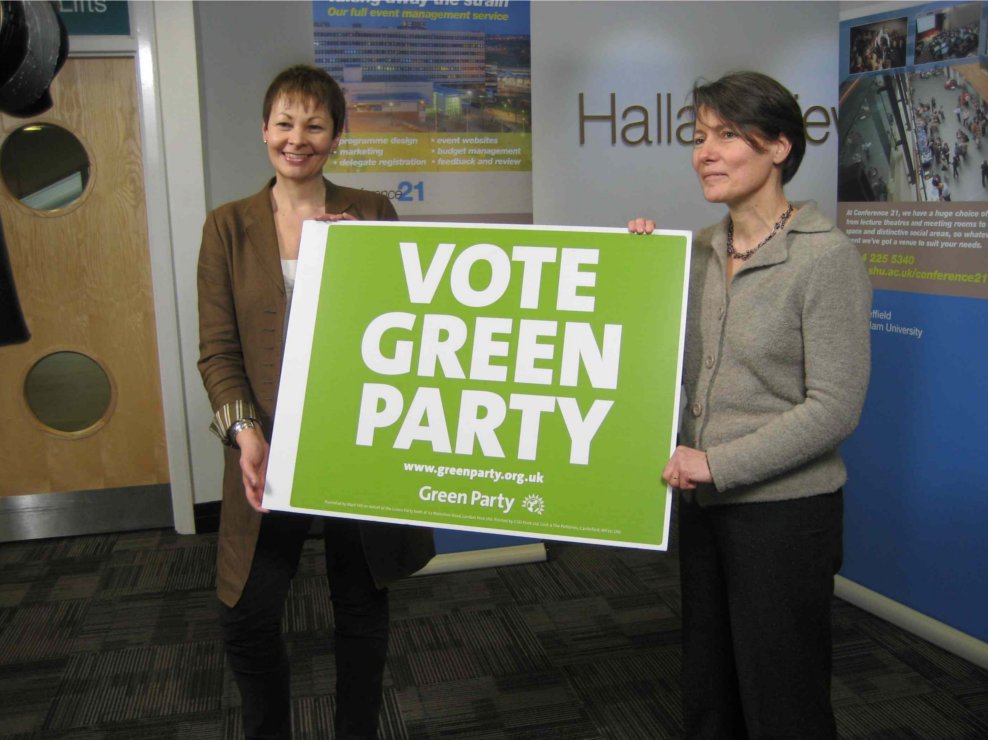 Cllr Jillian Creasy was elected as the first Green Party city councillor in
Sheffield in 2004. She was re-elected in 2007 and is now seeking a third
term in Central ward, which covers Sharrow, Broomhall and the city centre.

During her time on the council, power has shifted between Labour and the Lib Dems, with the Green group holding the balance of power in 2007 and 2010. The Greens offer a strong alternative to both the other parties and have not formed a coalition with either of them. Instead, they have pushed their own agenda on jobs, safer streets, better housing and fairness for all. In 2008, they supported the Labour budget in return for key concessions, such as new pedestrian crossings including the one on London Road close to two mosques, a park and a school. This year, they offered to work with Labour to amend the Lib Dem cuts budget, and were disappointed that Labour refused to play
ball and voted to allow the Lib Dem budget to go through.

Nationally, Green MP Caroline Lucas has been the only voice in parliament setting out a clear alternative to the cuts and voting against the rise in tuition fees. On a recent visit to Sheffield, to announce that the Green Party’s autumn conference would be held at Sheffield Hallam University, she praised Green councillors for voting against the Lib Dem cuts budget, unlike Labour.

Locally, Cllr Jillian Creasy has a reputation for working hard across all communities to help with individual problems and campaigns. Cllr Creasy says, “More and more people are disappointed with the both the big parties and will now vote Green, because we work all year round to represent their
interests. We will continue to provide a strong alternative voice on the council, whichever of the main parties has the majority”.

To find out who is standing for the Greens in your ward go to the Your Area page.