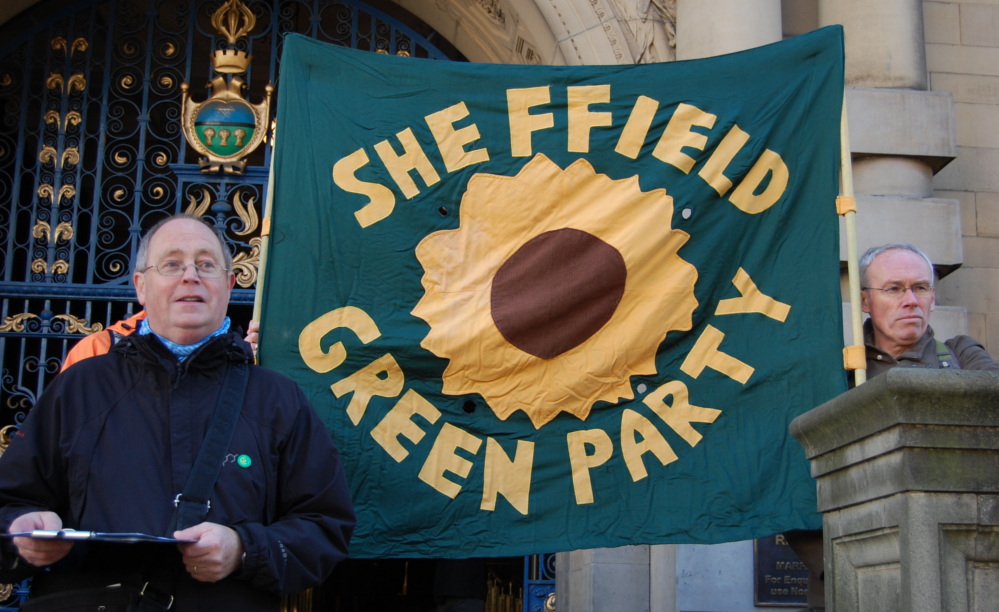 On Tuesday 19th April, Sheffield Green Party’s election agent, Eamonn Ward made a formal complaint about a letter sent to postal voters by the Central ward Labour candidate, Mohammad Akbar. Mr Akbar invited voters to contact him on his mobile phone if they were “having difficulty getting your vote back to the Town Hall”. The Code of Conduct signed by all candidates states: “It is absolutely clear that anyone acting on behalf of a party should not solicit the collection of any ballot paper.”

Election Agent Eamonn Ward comments ” I am pleased that John Mothersole, the Returning Officer, quickly agreed with the Green Party that this is a breach of the Code of Conduct and has contacted Mr Akbar’s agent to remedy the situation. However, the letters will have been delivered to voters.”

He continues, “The Code of Conduct is designed to prevent any possible suspicion that candidates or party supporters have interfered with what is supposed to be a secret ballot and safe counting of all votes. Candidates and agents ignore the code at their peril. Voters should post their vote back to the Town Hall rather than hand it to a third party, though people with health or mobility problems can, of course, ask for help from a friend or family member. Otherwise, any help and assistance required should come only from the Election Office on 0114 2734093.”

Original press release on this topic

There is One Response to Greens Complaint Upheld

This is good news for justice during elections. Well done for resolving this Eamonn, and a a hige thnaks to all who had partaken in the Green’s Election Campaign. Sorry I couldn’t be involved, but a good effort anyhow.