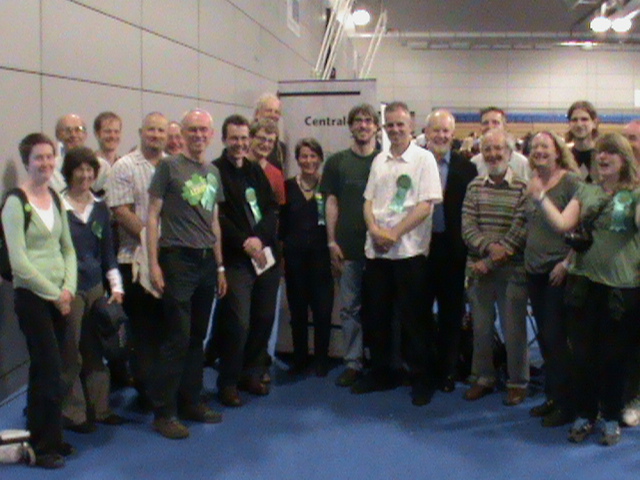 Sheffield Greens are celebrating having held on to Central Ward and increased our share of the vote throughout the city.

The Central Result was

The full results are now on the Council website,and in a more readable form on wikipedia, but highlights include our percentage share of the vote went up from 8.8% to 11.2%, and 18,322 people voted for us. We came second in Arbourthorne (19%) and Manor Castle (11%) . Bernard Little got 26% in Broomhill (and very nearly second). We got 15% in Crookes, 14% in Ecclesall,  14% in Fulwood,  15% in Nether Edge, 11% in Walkley, 11% in Richmond and 10% in Shiregreen. We beat the Lib Dems in Burngreave, Firth Park, Manor Castle, Richmond and Shiregreen and Brightside.

Many thanks to everyone who helped our campaign in any way. These are terrific results which we will continue to build on.

There are 3 Responses to Greens hold Central Ward

I’d like to start by sayign a HUGE HUGE HUGE congratulations (and relief!) to Jillian for holding onto her seat, a huge testament to her work in Central, and feel immensously encouraged by these increasing results citywide. Let’s hope the Greens can keep them growing. Well done to all those who worked hard to campaign and achieve these results.

Congratulations ! Keep up the good work.

Congratulations, love and so very many, GOOD green days.