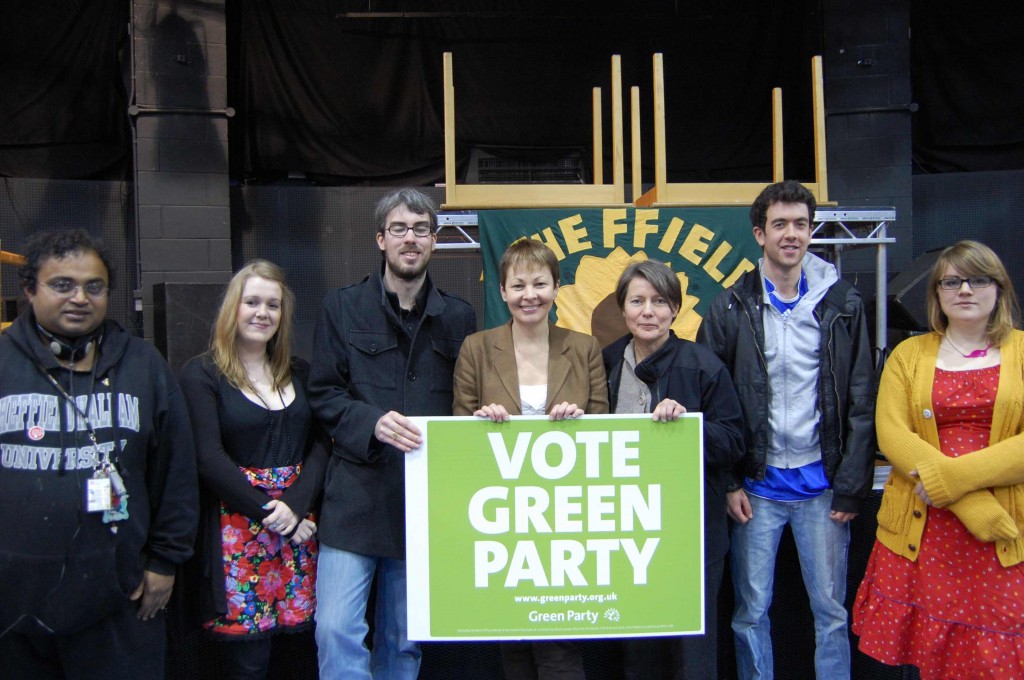 Sheffield Green Party is calling on the University of Sheffield to improve its environmental record after it finished near the bottom of People and Planet’s “Green League” for 2011. They dropped 28 places to be ranked 114th out of 138 universities with Hallam improving 7 places to a respectable 27th.

Green party student society officer Brian Webster comments : “The recent referendum that banned the sale of bottled water in the Students Union shows how seriously students take environmental issues. Heat and emissions are pouring out of poorly insulated buildings where thermostats are often set at uncomfortably high temperatures wasting energy that has not been purchased from renewable sources. We see solar panel photo opportunities with Nick Clegg but masses of plasma screens rolled out across sites. This result should serve as a wake-up call for university management in Sheffield. ”

Sheffield Green Party Co-Chair Bernard Little comments : “Sheffield University emissions up 12.7% since 2005 is a poor performance for a body required to cut them under the Climate Change Act. Failing to meet their targets could cost them funding while energy efficiency measures can save the university a lot of money. Climate change is the biggest challenge facing us all. The University should be showing real leadership on emissions to both its students and to local residents.” ENDS

Green league information can be viewed at http://peopleandplanet.org/greenleague

A full detailed breakdown of the University of Sheffield results can be viewed at http://peopleandplanet.org/green-league-2011/table?ggl11profile=5667&test=edf08b

The Green League was produced in conjunction with the Guardian. Their coverage is at http://www.guardian.co.uk/education