100 days of Labour in Sheffield 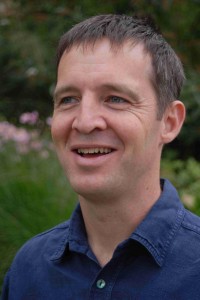 Lots of people in Sheffield feel let down by Labour’s first 100 days in charge of Sheffield Town Hall (The Star 13 August 2011).  People had an expectation when they elected Labour back into power.  Even at a time of Tory – Lib Dem coalition Government cuts, they could have served Sheffield much better.

Where is the fight for a better deal for the city? It’s certainly not coming from this council.

This Labour Council seems short on ideas.  They are also failing to deliver on promises that would cost little but would make the city a better place to be.  The promised money for the Sure Start Centres has not arrived yet.  This was a key campaigning issue for Labour during the election.  Implementing a default 20 mph speed limit in our neighbourhoods without speed humps would have a huge impact on road safety and save lives.  Investing in renewable energy for all council buildings would save millions of pounds in gas and electricity bills as well as reduce our impact on the environment.

It is also 100 days since the Green Party took control of Brighton Council.  Unlike Labour in Sheffield, they have taken action to improve their city.  Some recent announcements include working towards a city-wide living wage – above the minimum wage and reflecting true living costs; creating 200 apprentices to learn new skills and help repair the housing stock; the city’s greenhouse gases are to be cut by efficiently using buildings and installing solar panels on buildings.  Poor air quality is a big issue in Brighton too and they are focused on getting traffic moving to prevent congestion and pollution.  Also their budget worked within the cash limits but protected front line services for 9000 older people and one in five children in the city who suffer in poverty.