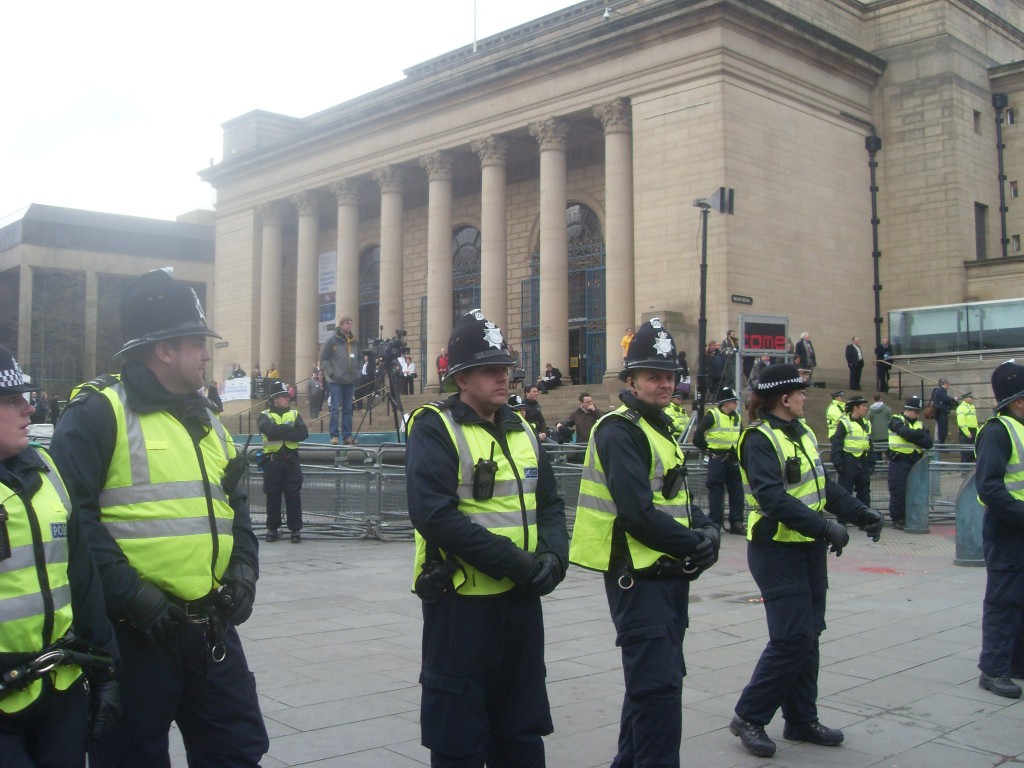 The Green Party did not stand a candidate in the election of a Police Commissioner for South Yorkshire. And we have watched a farcical and unwanted campaign unfold.

Sheffield Central Cllr Rob Murphy comments : “I’m proud that we have had nothing to do with this election. It’s expensive, unnecessary and has been a farce. This election has been imposed on voters who have had little access to information to help them vote for a role they do not understand.’

He continues : ‘We opposed the creation of the Police Commissioner position, arguing that there are dangers associated with a single politician being given so much power over the police. And that all local public services should be accountable to the people through the local council and elected councillors. Now we are stuck with the role, it needed independent candidates with relevant experience rather than the police being closely associated with a political party. We had hoped that good independent candidates would come forward but the £5000 deposit and lack of candidate mailings were barriers they could not overcome.’

‘The Green Party is particularly concerned about protecting community policing teams and the need for the police to engage with local residents and councillors about community safety issues. We will also be asking the new Commissioner how they will work with other agencies to prevent crime and promote the rehabilitation of offenders.”

For the record the result was

Spoilt Votes 3995- this must be a record!
Elected: Shaun Wright