Here is the amendment the Green Councillors will propose at tomorrows Council budget meeting. 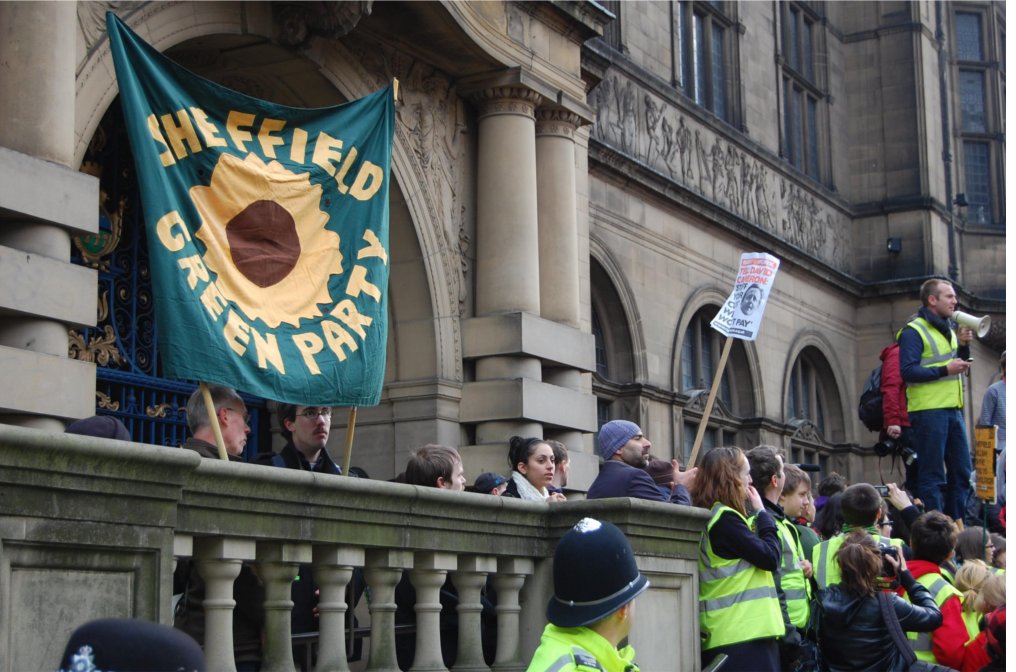 That the recommendations of the Cabinet held on 13th February, 2013, as relates to the City Council’s Revenue Budget and Capital Programme 2013/2014, be replaced by the following resolution:-

1.    regards the cuts  to local authority funding as unnecessary and unfair;

2.    remembers that the party of the smaller opposition group was the only one to set out a manifesto for the 2010 general  election which showed how the cuts could be completely avoided,  whilst others proposed and continue to support an austerity agenda;

3.    regrets that Sheffield City Council has further limited its room for manoeuvre by transferring more than half its services (in terms of revenue spending) to outside contractors and partners, reducing flexibility and limiting opportunities for locally owned businesses;

4.    recognises, however, that the Council is obliged to set a legal budget or risk being taken over by Whitehall and losing any remaining choice in how the city is run;

5.    believes that, as the economic crisis deepens, the principle of fairness is ever more important and that it is reasonable to ask those with the broadest shoulders to carry more of the burden and to prioritise protecting the most vulnerable;

6.    believes that the Council could set an example by:

(b)    cutting management  costs  in Prevention and Early Intervention (the Council-run Multi Agency Support Teams, which face cuts of only 2.2% compared to cuts of over 50% in children’s centres and childcare)

(c)    cutting the remaining political assistants, allowing elected members to do their own research and press work

7.    has listened to the people of Sheffield as they have petitioned us in their tens of thousands and now wishes to give them the opportunity to vote in a referendum on whether they are willing to pay slightly more Council tax (a 2.95% overall increase and 48p a week for the majority of households) in order to fund some of the services they value and to help mitigate the regressive effect of the underfunded Council Tax Support scheme (whereby  the poorest households will see a Council tax rise of nine times this amount);

(a)    fund Early Years Services in full for a further six months with future funding and organization pending a collaborative review of early years services;

(b)    keep Stocksbridge Leisure Centre open, giving the local community time to find a sustainable way forward, preferably in partnership with the Council;

(c)    reverse the cuts to libraries with plans put in place for a staffed service across all libraries;

(e)    triple the hardship fund set up to help particularly needy households amongst the 30,000 hit by the loss of Council tax benefit who will have to find an extra £4.52 a week for Council tax, often in addition to Council house rent rises and loss of housing benefit (“the bedroom tax”);

(f)    consult on and introduce a higher cap for the Council Tax Support Scheme as soon as possible;

(g)    recognises that the cost of energy and other environmental pressures such as resource depletion and the effects of climate change pose increasing pressures on the Council and the people of Sheffield and will therefore retain a senior officer post with responsibility for Sustainable Development, looking to make it self-funding over the medium term;

(h)    adjust other parking charges rather than increase the cost of parking permits above the 2010 level;

9.    agrees that, if the proposal in paragraph 7 is rejected in a local Council tax referendum, the investment proposals set out in paragraphs 8(a) to (g) above be withdrawn, and the savings identified  in paragraph 6 above, together with a contribution from the Local Growth Fund be used to pay the cost of the referendum, the cost of rebilling Council tax payers and the costs of the investment proposals that will have been incurred in the early part of the financial year;

There are 2 Responses to Green Party budget amendment