Greens’ budget will focus on protection of key services 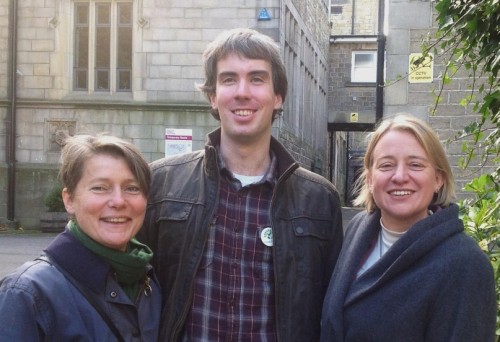 Sheffield Green Party has decided to table a Council budget amendment to provide clear alternatives to likely Labour budget proposals for 2014/15. Labour’s firm proposals are not expected until January or February, ahead of the budget meeting vote on March 9th. But Greens want the Council to explore all options to ensure cuts to vital services are avoided where possible.

“Greens showed that austerity is a political choice, not a necessity, in our fully-costed national budget for the General Election. We recognise that Sheffield Council is obliged to set a legal budget despite big government grant cuts. However, Labour needs to listen to all ideas, including ours, to set the best budget possible for the city.”

“We accept that the Council can’t sustain all council services in the face of the current cuts. But some people tell us they’re prepared to pay more to protect key services from cuts and closure. We believe Sheffield residents have the right to choose whether they’re willing to pay a bit more to safeguard children’s services, libraries, community centres, clean streets and other important services.”

“We note that the council is asking the business community to vote right now on whether they should pay a bit more in business rates to pay for flood defences in the Lower Don Valley. Similarly, if necessary, we want a referendum to be held on a council tax rise from 2014/15. Earlier this year we proposed a referendum on increasing council tax to protect services at an extra cost of 48p a week to most Sheffield households. A recent survey showed that a third of councils in England plan to increase council tax in 2014/15. Sheffield Council needs to explore this option seriously to increase the budget available.”

The Green party budget amendment for 2013/14 is at: http://archive.sheffieldgreenparty.org.uk/2013/02/28/green-party-budget-ammendment/