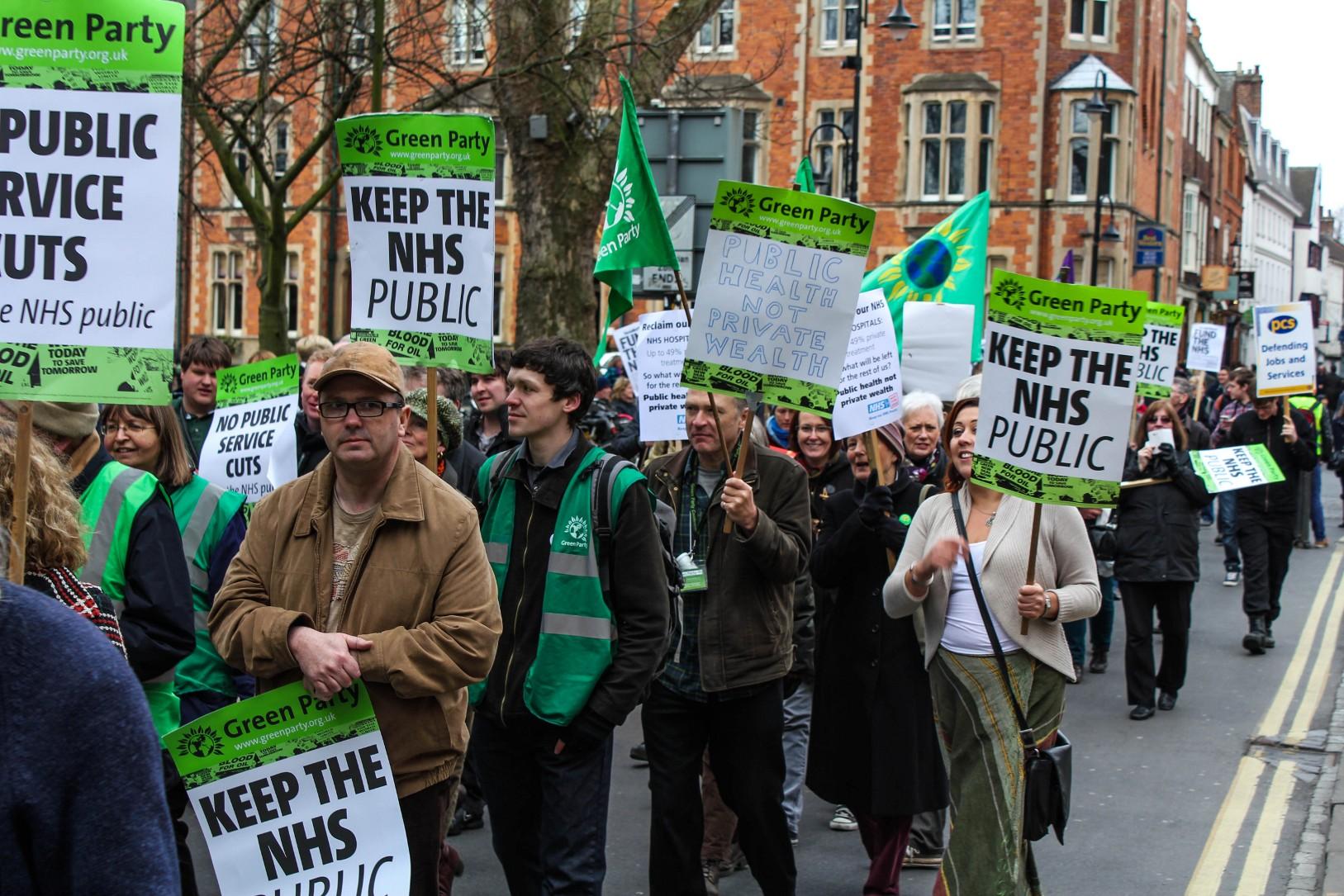 Green councillors from across the region yesterday joined protests in York against the latest government moves to see NHS services outsourced to the private sector.

Green Party Cllr Andrew Cooper, Kirklees, addressed the rally in York where he condemned past and present governments for destroying the legacy of the great reformer, Nye Bevin.

Cllr Cooper, who is also the Greens lead candidate for next years European elections, said, ‘The Green Party is 100% behind a publicly funded, publicly managed and publicly delivered National Health Service focused on prevention of illness, the promotion of good health and the treatment of those in need whatever their income or background.’ 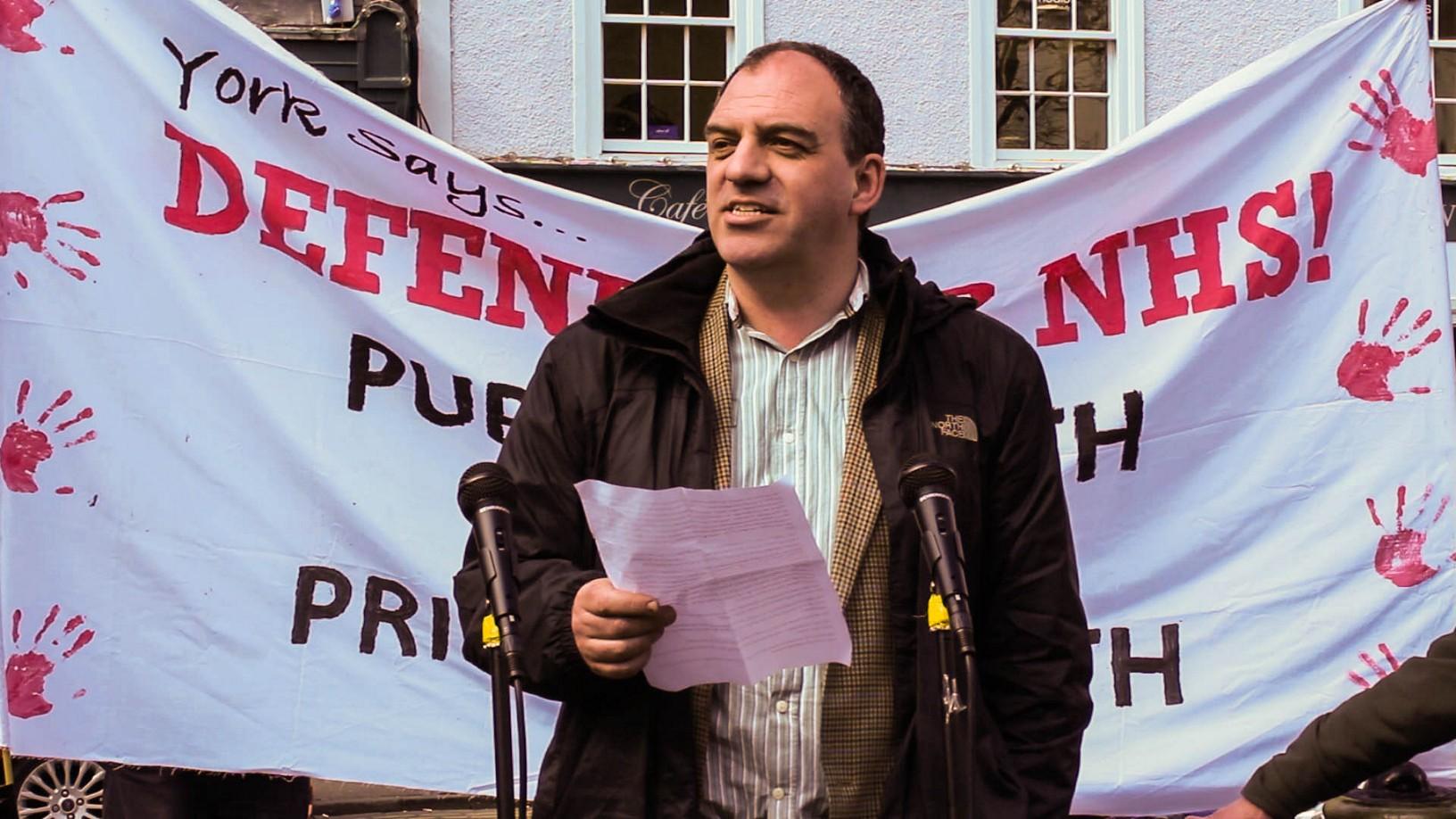 Green Cllr Jillian Creasy, who is herself a GP in Sheffield also addressed the crowd saying, ‘these reforms will be totally destructive to our best efforts to run a cooperative, integrated, organised and planned service’.

‘It simply will not work if we have private companies cherry picking the most profitable parts.’ 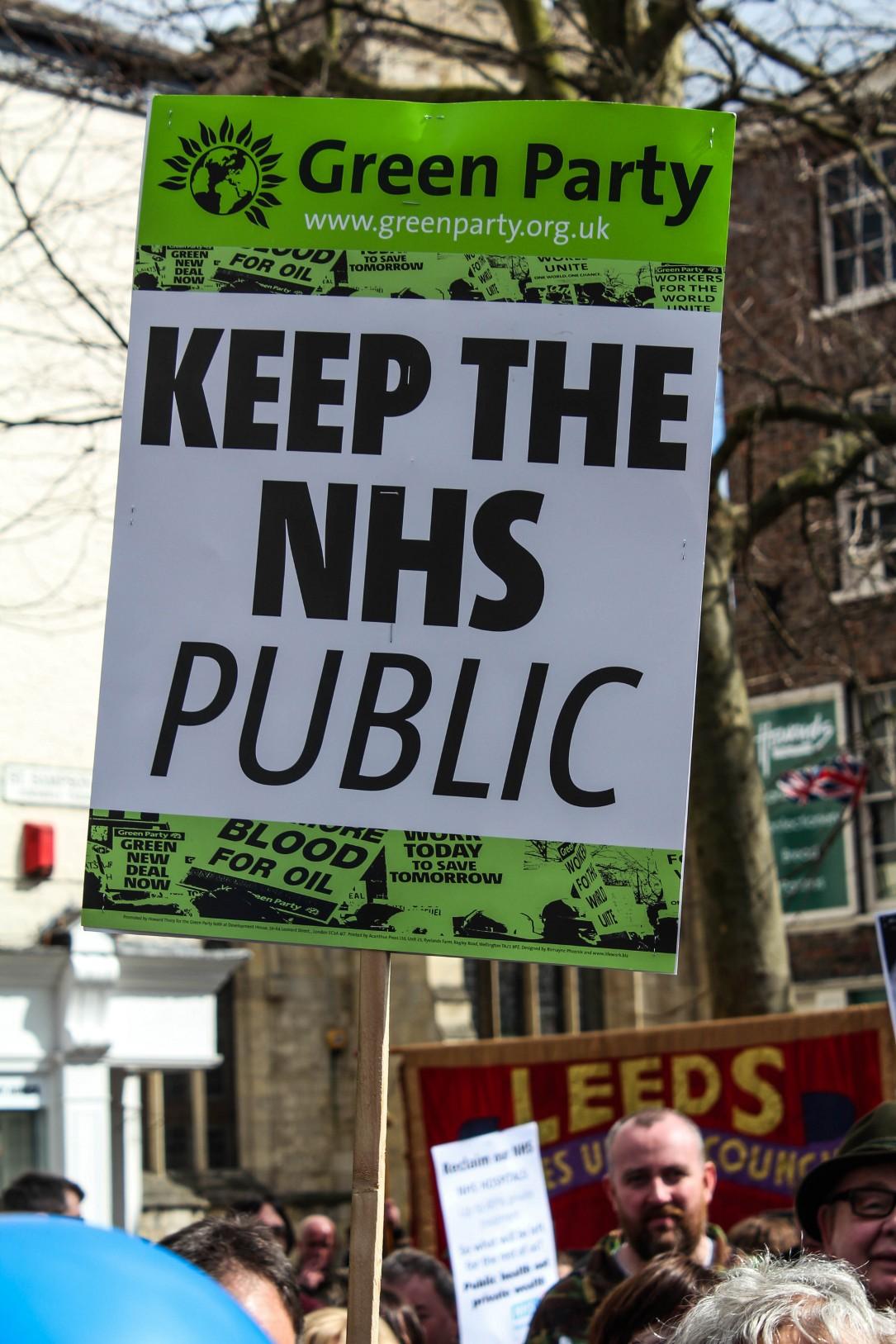 The full text of Andrew Cooper’s speech is as follows:

This is a day for unity in our opposition to the creeping privatisation of our NHS but I will say this. It would have been more difficult for the Coalition Govt to introduce these changes if a previous government hadn’t opened the door by changing the NHS from a services provider to a commissioner of services. This gave a far greater role to the private sector in the NHS. Hospital Trusts increasingly contracted out services to the private sector. Public money supported the extortionately expensive Private Finance Initiative used to build hospitals with no reasonable alternative funding source provided by govt. There are many other examples of the creeping privatisation of the NHS allowed under a previous govt.

The Green Party is 100% behind a publicly funded, publicly managed and publicly delivered National Health Service focused on prevention of illness, the promotion of good health and the treatment of those in need whatever their income or background. Such a National Health Service is the hallmark of a civilised society. One which invests taxation to the benefit of the public not one which uses peoples taxes to pay the profits of shareholders .

We know that when the private sector gets involved in the delivery of public services that there will always be a tension between the need to deliver good quality care and the need to provide a dividend to shareholders. Something will have to give be that staff wages, specialist equipment or even lifesaving drugs. Will we be faced with a situation where increasingly the cost of delivering vital health services will be the deciding factor to an even greater degree than it is at the moment.

We now need to broaden the Coalitions narrow vision of the NHS to one which inspires and fits with the expectations and values of our nation.

The National Health Service is a whole and holistic service not one where the public sector picks up only the parts which the private sector finds too difficult, problematic or simply unprofitable.

The National Health Service is a public service not one for private profit.

The only ‘shareholders’ who should benefit from the National Health Service should be the public who fund it. The initials CCG should not stand for Clinical Commissioning Groups. In the NHS CCG should mean Citizens Care Guaranteed.

Agree the NHS should be kept public. Many people don’t seem to be aware of the consequences of this bill which will see services privatised. And the changes are actually costing money-around £1.4 billion which could be used in other ways. Scrapping the bedroom tax would only cost a reported £0.4 billion -and the rest could go on employing more nurses.