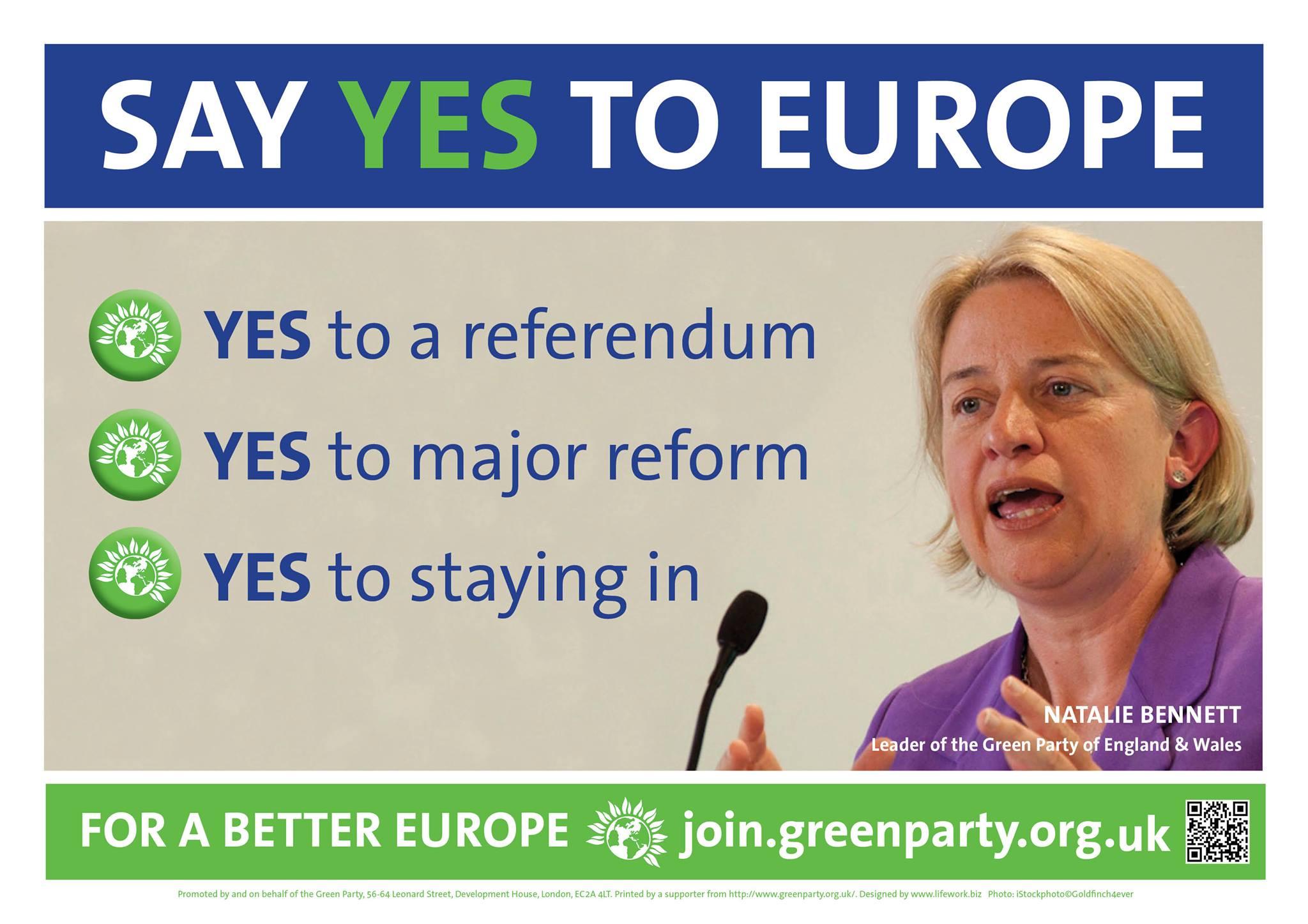 Very Interesting. Would make a good euro MP. Green Party may get my vote in the next Euro-Elections. The electoral system should certainly help you in that. For me-i’m quite happy to see Labour run the Council-but would like to see you succeed in your two target wards. Come a General Election though and i will vote Labour. I think this is your problem that some of your questioners touched on. How do you get your opinion poll ratings above 2%? How could UKIP generate so much publicity just by being outrageous? you need to make something to happen to grab people’s attention. You had a very good leader in Caroline Lucas-but the new one isn’t really registering with the public yet. To say there’s no difference between Labour/Lib Dems and Tories is just plain wrong. There probably is more overlap between your views and Labour than you admit-and yes you do have to differentiate yourselves and some people like me agree with you on some issues and Labour on others. In my case I’d scrap Trident tomorrow, but on Energy allthough I’d like to see much higher targets for renewables-say 30/40%-there will have to be something else as well-and i think that is nuclear, as I definately don’t like fracking for gas. I’m not sure carbon capture will work either.

There was something one of you said about not wanting to appear too hair shirt-and a comment a lady made about IKEA. You need to realise that the general public in Sheffield is totally mystified as to why Labour and Green Councillors aren’t falling over backwards to make this happen. 700 jobs. £2million business rates which would lessen the impact of cuts. Perhaps you could cut a deal with them to pay for a mini hydro sceme on the River Don.

Thanks for letting us post comments. You are the only party that allows non members access in this way-even when they are only 50/50 supporters -sort of Labour/sort of Green like me. a Great pity the AV referendum was lost. Just call me your critical friend!

i’m very strongly in favour of the plans to investigate thev remains of Sheffield Castle and make a feature of them-possibly a Castle Gardens. where do you stand on that?

Glad to read your comments, Simon.

I’m very aware how timid we Greens are at pushing the things that differentiate us from Labour. For example, Labour have fully capitulated to the neo-liberal agenda of austerity and cuts, whereas we offer an alternative to it – but we don’t get that message across strongly enough. I’m of your opinion – in fact I mentioned it at the meeting – that we need to be outrageous in order to grab peoples’ attention.

The issue of leadership also doesn’t sit comfortably in a Green environment; we are all equal in the Green Party, and leadership as a rank rather than as a task is not appreciated.

Can I move on to IKEA. There are probably a couple of reasons we’re not very enthusiastic – well, not all of us – about the prospect. Firstly, the idea of another multinational retailer coming to suck more circulating money out of Sheffield doesn’t accord with our love of localism (which isn’t, btw, the same as Eric Pickles’ view of localism); and the other issue is the air quality in that part of town; already bad, and accounting for a good many deaths on an annual basis (I think it’s about 500 per annum across Sheffield, so maybe a couple of hundred in Tinsley/Darnall/Attercliffe), this can only make it worse. I know they’ve tried to address this problem, but they’re building a huge car park with it, which sort of tells us their public transport promises may be little more than vain hopes.

My final point is that we’ve had a roundabout of Labour-Tory governments for the sixty-eight years since the war; and we’re on a downward spiral that “more of the same” just can’t stop. Tinkering at the edges is no longer an option. We need a completely new viewpoint and a new analysis of the world’s problems to get us through the next few decades. Personally I don’t think nuclear is an option, either, because it just can’t fill the energy gap that’s fast approaching. There’s still a healthy debate in the party about that, but our official policy is anti-nuclear.

I hope we can persuade you to vote Green at a General Election (2015), but I’m very pleased to read your opinions in the meantime, pro or anti.

Hi Simon
On the Castle Gardens I campaigned against the closure of Castle Markets as for many people who live in the Bard Street/Hyde Park/Park Hill area these are their local shops and many will find it far more difficult getting to the Moor. However now the new market is taking shape this battle has clearly been lost, so personally I would be very much in favour of a new green space in this area. The population of the city centre has risen enormously in recent years and we desperately need more open spaces for residents to relax in and provide a breathing space in the city centre. I am not sure how much of the castle ruins will be visible but we should certainly make a feature of what is there and educate visitors about the history of the city. We haven’t discussed this as a party, this is my personal view, but I would be surprised if many people disagree with me.