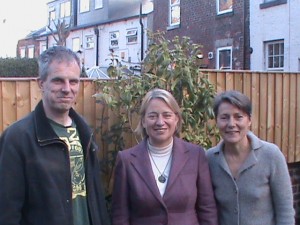 Green Councillors have put a motion to Sheffield City Council to use the Sustainable Communities Act and propose a supermarket levy.

a)      Remembers the resolution passed in October 2012 requesting officers to bring forward a report to Cabinet dealing with the benefits and resource implications of using the Sustainable Communities Act;

b)      Thanks Sheffield for Democracy for providing the Cabinet Member and relevant officer with details of a simple and inexpensive method  for consulting with local people  about possible proposals and for offering assistance to organise any public meetings;

c)      Welcomes the recent campaign  by Local Works, the national organization which has promoted the adoption and use of the Sustainable Communities Act, to use it to call for a levy on large supermarkets;

d)      Notes that under the proposal, local authorities would be given the power to introduce a local levy of 8.5% on large retail outlets in their area with a ratable value of over £500,000 and that the revenue would be used to promote local economic activity, local services and facilities, community wellbeing and environmental protection;

e)      Notes that in Sheffield this would apply to 60 retail outlets (half of which are in Meadowhall) and raise in excess of £6million per year;

f)       Notes that similar measures have been introduced in Northern Ireland and Scotland without adversely affecting inward investment or the local economy;

g)      Welcomes the support for this measure by local authorities across the country and by the Shadow Minister for Communities and Local Government;

h)      Notes that the South and East Yorkshire branch of the Federation of Small Businesses also endorses the campaign;

i)       Therefore urges the Cabinet Member and officers to expedite the Cabinet report requested in October 2012 so that the Sustainable Communities Act can be used to consult on the supermarket levy proposal as soon as possible.

There are 2 Responses to Greens propose ‘supermarket levy’

Something like this is long overdue, for all the reasons stated above. But as well, few people really want to live in clone towns with nothing but large retail outlets that kill off small local businesses.