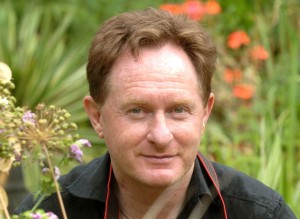 The meeting at St Mary’s community centre was packed. Professor Ian Rotherham presented his well-received talk about the importance of urban street trees, acknowledging the benefits brought to people living on those streets.

Not for nothing is Sheffield famous for its green space and it was noted how street trees have an impact on house prices, with the ‘leafy suburbs’ being highly desirable places to live.

However, trees on streets are vulnerable as there are no ‘friends groups’ of the sort that protect trees in parks and woodlands.

At the same time, Professor Rotherham recognised that trees need management and some cause problems such as lifting pavements or occasional (though rare) damage from falls. The big question is how those decisions are taken.  The meeting heard many reports of trees being cut down on residential streets with no consultation or explanation.

Green Councillor Jillian Creasy chaired a highly informative Q&A session. Members of the audience described the complete lack of consultation and their failed attempts to make their views known.  There were none of the promised leaflets or letters; notices announcing the decisions were placed so high up trees they could not be read; call centres were hard to reach and there was no-one prepared to deal with complaints effectively.

The effect on individual streets and families was devastating. One man described how his ‘wife and daughter walked to nursery crying,” after seeing their cherished street scene destroyed.

The Cabinet Member, Councillor Jack Scott, was present, together with officers from Amey and the Council, and was asked about the lack of consultation. The response was a mixed message:  the description of the consultation that was supposed to happen had already been rebutted by those who described what had actually taken place. At the same time, Councillor Scott expressed reservations about consulting as he felt many people would express unfavourable views about trees – as if consultation were merely a headcount and not an opportunity to receive informed views.

Councillor Scott’s promise of consultation was contradicted by the Council’s leaflet prepared for the meeting – with no mention of consultation in the tree removal process.  As another resident pointed out, notification is quite different to consultation.

There is clearly no consistent or effective consultation process for the Streetsahead work in local areas. The challenge to Amey and the Council is to see if they can start to put adequate consultation in place in every area where street works are to take place.

In the meantime, residents still only have contact with Amey through the call centre on 273 4567 or by e-mailing streetsahead@sheffield.gov.uk

In concluding his talk, however, Professor Rotherham called for greater awareness and activism through “Green Champions at every level and in every district.”